IBM has invested in Quantinuum, the quantum computing company formed by Honeywell and Cambridge Quantum Computing. 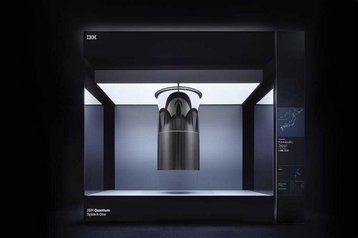 IBM's investment in Quantinuum was facilitated by IBM Ventures. Terms of the investment weren’t shared, but Capacity estimates it could be up to $25 million based on share transaction information.

"We are excited to expand access to IBM Quantum hardware and Qiskit, providing our clients with solutions developed for state-of-the-art quantum computing hardware. We continue to utilize a broad range of quantum processors including IBM, given their position as a leader in superconducting quantum computers, a critical and important part of the growth in the capabilities of quantum computers," said Quantinuum CEO Ilyas Khan. "IBM has been a great advocate for the creation of a growing quantum ecosystem as well as an early investor in Cambridge Quantum and now Quantinuum. We look forward to opening up a wide range of possibilities to further advance quantum computing industry applications."

Last June Honeywell announced plans to spin out its quantum computing unit and merge it with UK quantum computing startup Cambridge Quantum Computing (CQC). The new combined entity was later rebranded as Quantinuum, with Honeywell saying it would invest around $300 million in the venture.

IBM operates a number of Quantum machines out of a data center in New York it has made available through a portal, but has also signed agreements to install a number of on-premise facilities in Europe, Asia, and North America. It is also installing more machines at IBM facilities in various markets including Japan and Canada.

This week the Israel Innovation Authority announced the ambition for Israel to build its own quantum computer within a year. Israeli quantum algorithm startup Classiq also raised $33m in a Series B funding round from investors including HPE and Samsung.

Computer Weekly reports that India is investing $1bn over the next five years in its quantum computing ecosystem, and plans to develop a quantum computer with about 50 qubits by 2026