This summer, Honeywell announced it would spin out its Quantum Solutions division and merge it with UK quantum computing startup Cambridge Quantum Computing.

That deal has now closed, with the new business named 'Quantinuum.' 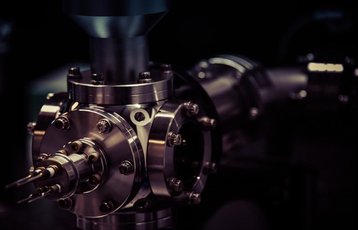 Honeywell - which sells everything from defense products, to data center power management, to consumer thermostats - said that it would invest nearly $300 million in the new company, and help manufacture the ion traps used in the quantum computer.

The industrial giant will also own a 54 percent stake in Quantinuum.

"Quantinuum is now the largest and most advanced integrated quantum computing company in the world," claimed Ilyas Khan, CEO of the new company and founder of Cambridge Quantum.

"By uniting the best-in-class quantum software available with the highest performing hardware available, we are uniquely positioned to bring real, quantum computing products and solutions to large, high-growth markets in the near term, the medium term and the longer term as quantum computers scale in capacity and quality."

The company plans to launch a quantum cybersecurity product in December, and a broader enterprise software package next year.

It plans to announce 'major upgrades' to its System Model H1 quantum computer at an undisclosed date, but said it would be platform agnostic - providing clients with other firms' quantum systems where it made sense.

"I am thrilled to help lead our new company, which will positively change the world through the application of quantum computing," Tony Uttley, president and COO of Quantinuum, said.

"The next few weeks and months are going to be extremely active for Quantinuum as we increase the pace in deriving unique value from today's quantum computers especially in cybersecurity."