The company announced this week that its Victoria modular data center – located “behind the meter” at an LMS Energy biogas facility – is now fully operational and generating revenue. 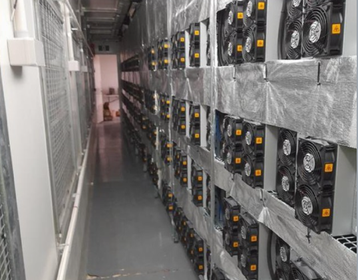 The site has an initial capacity of 800kW via a single DC Two-owned module; the company has sold approximately 763kW of power, with all customer equipment in the process of being installed and commissioned over the coming weeks. The company announced in June that it has signed a hosting deal with cryptomining firm Ausmt Energy estimated to generate revenue of AU$1 million (US$678,000) over a 12-month period.

The total site capacity is expected to increase to 1.2MW as DC Two seeks an agreement to access and sell space in LMS Energy’s module that the energy firm bought from the data center company last year.

DC Two managing director Blake Burton said: “Our Victoria and Mid-West data centers are expected to provide a stable, predictable revenue stream for the company and are now a proven, first-of-its-kind concept in Australia. These two regional data centers will very shortly be generating almost two times more revenue per year, than the company made in FY21. We expect this revenue growth trajectory to continue as we execute our strategy to become profitable in the future.”

LMS Energy has operated the Wyndham Renewable Energy Facility in Victoria since 2011. The facility, which has five generator modules powered with biogas generated from nearby landfill, outputs more than 43,000 MWh of energy per year into the local Powercor distribution network.

DC Two recently signed a five-year Power Purchase Agreement (PPA) with LMS in June to purchase a minimum 70,000kWh of power per month, extendable by another five years.

Last year DC Two announced it had sold a modular Edge facility to Joule Energy, a subsidiary of LMS which would be installed at a biogas plant in west Melbourne. LMS has filed for permission to install up to six data center modules at the Wyndham site.

Established in 2012, DC Two opened its Bibra Lake data center in Perth last year and operates another facility in the nearby Osborne Park. It also occupies space in Vocus’ PerthIX data center as well as in the DXN-owned Secure Data Centre in Darwin

The company has another modular campus in development on a solar farm in Collie, Western Australia, and another at a wind farm north of Perth in operation (known as the Mid-West site). Both the Victoria and Mid-West sites will generate approximately AU$3.4 million (US$2.3m) in revenue per year under current agreements.