Cordiant Digital Infrastructure has closed its acquisition of DataGryd and is renaming the company Hudson Interxchange.

The investment firm, owned by Cordiant Capital, announced in early January that it had entered into a binding agreement to acquire ‘certain assets constituting the full operational platform’ of DataGryd Datacenters LLC for $74 million. The acquisition was fully funded from Cordiant’s available cash resources. 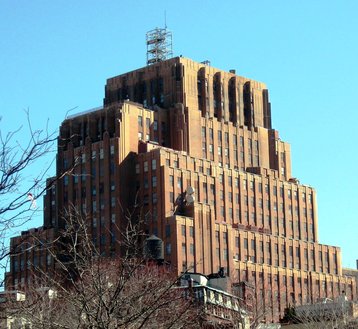 “We're excited to announce our new name and brand identity following the Cordiant Digital Infrastructure acquisition of DataGryd Data Centers on January 13th,” the company said in a LinkedIn post last week. “The new brand identity is a precise representation of our data center and interconnect platform. This is the first of several announcements surrounding the rebrand.”

The acquisition closed later the same month, and the newly-renamed Hudson Interxchange will pursue an option to take up an additional 120,000 sq ft of data center space that will bring its presence at 60 Hudson Street to four floors, equivalent to more than a third of the leasable space within the building.

In January 2021 Cordiant Capital raised £370 million ($511m) through the IPO of a new infrastructure firm called Cordiant Digital Infrastructure, before acquiring Ceské Radiokomunikace (CRA) from funds of Macquarie in the Czech Republic as well as an undisclosed long-haul fiber-optic network based in Norway. It has also acquired Polish digital infrastructure company Emitel.

October then saw Pantheon announce plans to list an infrastructure subsidiary on the London Stock Exchange and raise around £300 million to invest in infrastructure including data centers, with Alinda Capital Partners following suit with similar plans shortly afterward.