Picking up HPC business for £231 million

Verne operates a 24MW data center campus on a former NATO site near Keflavik, offering colocation and high-performance computing services. Another 8MW of capacity is currently under development. 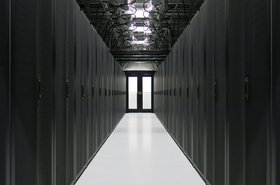 Moving HPC into a military base

Verne hosts some local colocation customers, but primarily hosts HPC workloads, with an increasing focus on artificial intelligence applications. "What Verne Global has achieved over the last decade is a fantastic accomplishment and is a great acknowledgment of the exceptional team that we have," Dominic Ward, CEO of Verne Global, said.

"We are hugely grateful for the support that we have had from our prior shareholders (Wellcome Trust, Stefnir, Novator Partners, and General Catalyst Partners) to this point."

D9 plans another equity raise, and said that it had identified a further six data center investments with an aggregate value of around £200m ($277m), as well as another £470m ($650m) in other digital infrastructure deals.