Wholesale colocation, cloud, and interconnection service provider Cologix have broken ground on what will be a million square foot (92,903 square meter) campus in the world’s most popular location for data center operators: Ashburn, Northern Virginia.

Once completed, the site will comprise 16 data center halls, but in its first phase it will provide six halls, up to 350,000 square feet (32,516 square meters) of total space and a maximum capacity of 32MW. 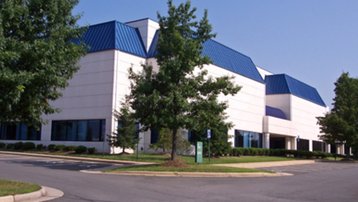 It will connect to the company’s Columbus campus via Zayo’s new fiber route connecting Ohio to Northern Virginia, and will continue to uphold the company’s interconnection status with presence from DE-CIX, who has promised to deliver peering and on-cloud ramps to customers on site.

Having bought the site in 2018, the company had been biding its time before converting the site, saying it would mark the beginning of a “major shift” in strategy from building and operating regional data centers mostly destined for interconnection to hyperscale facilities.

The location of the campus is no accident, either, as the value of being in the densest data center region in the world has continued to increase: with land selling for more than $2 million an acre. According to CBRE, the area accounted for more than 70 percent of all take-up across primary markets in the first part of 2020.

Since it appointed Bill Fathers as its CEO and chairman, the Denver-based company has shifted from plans to sell the business and expanded its footprint across the North America region with a series of new builds and acquisitions.

Among them was the purchase of Montreal wholesaler, Colo-D, which gave the company possession of two large campuses as well as of a 22-acre plot of land, and lay the foundations of the company’s ambitions to move into the world of hyperscale; of enterprise fiber provider Metro Optic, giving it access to submarine cables in Montreal, as well as a hyperscale data center in Ontario; the construction of new facilities in Vancouver and Columbus, Ohio, and the acquisition of a vXchnge facility in Minnesota.

Cologix now operates 34 data centers across the USA and Canada, but has no plans to stop there: last year, the company sought and secured a $500 million investment to further fuel its expansion, which will include another data center in the Infomart building in Dallas, as well as the new campus in Ashburn.