Sure is a subsidiary of Bahrain-based Batelco

The acquisition is tipped to bring investment to the Channel Islands, according to Sure's parent company, Bahrain-based telco Batelco. 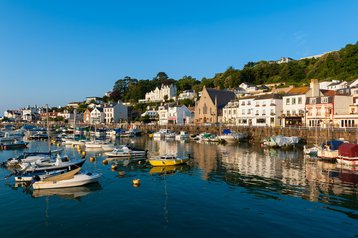 It expands Sure's existing reach, with the operator providing telecommunication services across Guernsey, Jersey, and the Isle of Man.

Founded in 2007, Airtel-Vodafone serves both Guernsey and Jersey and claims to have a subscriber base of over 45,000.

In a press release, Sure said the merger will drive a digital transformation on the Channel Islands, which will include the introduction of 5G services, which have so far not been launched. Terms of the acquisition were not disclosed.

The Jersey Competition Regulatory Authority (JCRA) has reportedly set a date of mid-November for applicants interested in providing 5G services to submit their proposals, with the allocation of the 5G spectrum expected next year.

UK regulator Ofcom – which has responsibility for managing Jersey’s radio spectrum – is expected to announce the tender outcome and provide spectrum licenses between January and March 2023.

“As part of our International Investments strategy, we continuously seek out opportunities for the growth and development of our overseas businesses," said Batelco CEO Mikkel Vinter.

"Sure, our subsidiary based in the Channel Islands, has continued to deliver strong performance, and the merger with Airtel-Vodafone supports the ambition to grow its mobile networks and deliver new and enhanced digital services, including the latest 5G technology, for its customers across Jersey and Guernsey.”

The proposed merger is still subject to regulatory approval in both Guernsey and Jersey.

It's been quite a week for Vodafone, with the company set to merge with Three UK as discussions advance, while it has just acquired Portuguese mobile operator Nowo. The operator is also keen to sell a stake in its fixed wireless business in Spain.

Vodafone recently sold its Hungarian business for $1.8 billion and has also sold off some of its operations in New Zealand, Malta, and Qatar and is keen to sell its remaining 21 percent stake in Indian infrastructure company Indus Towers.

Sure can trace its roots back more than 120 years. The international division of Cable & Wireless bought Guernsey Telecoms from the States of Guernsey in 2002, rebranding it as Sure in 2007 and expanding to other islands such as Jersey and the Isle of Man. The company was acquired by Baltelco in April 2013.

The company also operates in Diego Garcia, an island of the British Indian Ocean Territory, as well as the Falkland Islands, St. Helena, and Ascension Island.