Singapore is company's 11th region connected to a ground station

AWS has connected a satellite ground station to its cloud region in Singapore.

The company said that it was the 11th AWS Ground Station antenna location connected to the AWS Global Network. 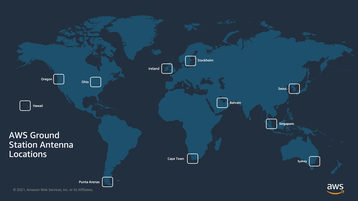 “Singapore is a strategic location for AWS Ground Station customers, who depend on frequent contact with their satellites to gather valuable satellite data and insights in near-real time,” said Jim Caggy, general manager, AWS Ground Station. “Governments, businesses, and universities depend on reliable, timely, affordable access to data from space to help them address some of the biggest challenges on Earth. AWS continues to expand the global AWS Ground Station network to help put the power of satellite data into the hands of more customers.”

A rise in Low Earth Orbit satellites, combined with ever-increasing amounts of data created by the likes of earth observation satellites means many cloud players are looking at deploying ground stations at their facilities.

Microsoft recently revealed its first colocated satellite ground station at its Quincy data center in Washington, and SES said it had plans to place three more at Microsoft facilities.

AWS launched its Singapore cloud region in 2010. The company added a third availability zone there in 2018.