Three brothers will be fined €22 million ($24m) for defaulting on loans they received to build a data center in County Wicklow, Ireland.

The Irish Court of Appeal (CoA) has upheld a High Court judgment against Brian, Kenneth, and Maurice McDonagh, who borrowed €21.8 million in 2007 to buy land for a data center. The data center received planning permission, but was never built, and receivers were called in. The brothers broke a 2014 agreement to sell the land to help repay the money, the Court found, according to a lengthy report in the Irish Times. 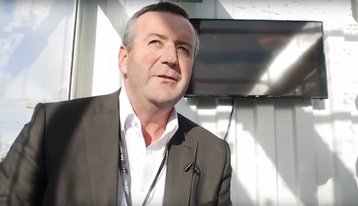 Around 2010, the brothers' firm, Ecologic Data Centers, proposed a 100MW data center campus at Kilpedder, near the town of Newtownmountkennedy. Ecologic claimed it would build the "world's largest data center". on the 81 acre site, but struggled with initial objections and opposition from the regulatory board.

By 2016, Ecologic was promising an off-grid development powered by renewable energy. The campus would be carbon negative, and include a district heating scheme providing free heating to local homes and farms. The 10 halls were each to be named after an Irish author.

However, at this stage, the brothers were already in trouble with the bank. They had agreed with the bank to sell the land by the end of July 2014 to cover their debts, but failed to do so. They also failed to build the campus which they were still promising to build. 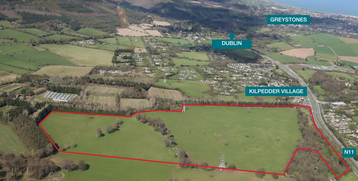 The brothers said the bank could not claim their debt because it had entered into a settlement agreement with real estate firm CBRE, which was also involved in the project. Ulster Bank had also sued CBRE over the valuation of the land, settling that suit in 2016 by paying €5.3 million. The brothers claimed that this settled their original debt, but the court rejected that.

In the current appeal, Kenneth and Maurice McDonagh claimed that the High Court was wrong to reject their claim that CBRE had settled their debt, and also argued that adverse findings against Brian McDonagh did not appeal to them. Brian McDonagh, meanwhile tried to have additional evidence considered.

There was “absolutely no basis on which it could be suggested that CBRE could have any such liability to the defendants”, said Justices Murray and Collins.

It was “impossible to see a basis on which CBRE could be required to make any contribution to the defendants, given that the effect of such contribution would be to relieve the defendants of a contractual obligation freely undertaken by them and confer a windfall benefit on them insofar as they would be relieved, at least in part, from the obligation to repay monies of which they had had the benefit," said the Court of Appeal judgment.

While attempting to restart the Ecologic proposal, Brian McDonagh opposed other data center projects in Ireland. In 2016, he opposed Apple’s proposal to build in Athenry, which was abandoned in 2018. Also in 2018, McDonagh appealed against Echelon Data's plans for a 100MW data center in County Wicklow not far from the Kilpedder site.

The Kilpedder site may yet have data centers built on it. In 2021, it appears to have been bought by Quanta Capital for an undisclosed sum. Quanta said it bought an 82-acre site at Kilpedder with planning permission for 700,000 sq ft of data center space on 40 of its 82 acres. DCD has reached out to Quanta Capital, but has not heard further news on the site.