An Irish development consortium plans to build data centers powered by their own combined heat and power (CHP) plants, where the waste heat is collected and sold to other businesses, and carbon capture is also provided.

Ecologic Datacentres will use patented technology which could reduce a data center’s €160 million ($180 million) electricity bill by €25 million ($28 million) per year, and reduce carbon dioxide emissions by millions of tons. according to a report in the Sunday Independent. Brian McDonagh, managing director of Ecologic Datacenters told DCD the consortium is backed by well-known names from the IT industry, but declined to name the companies involved. 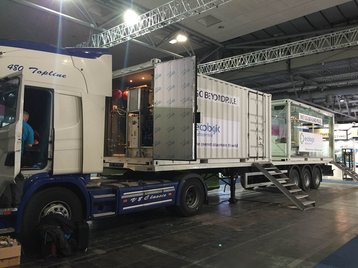 A 12,500:1 scale model of the desuperheater technology, with full carbon capture, built onto a 40-foot container

“I’ve already consulted on a project for one US tech giant also present in Ireland that is building an ultra-efficient one beside a greenhouse in Holland, like the one I originally planned to build [but that did not go ahead] in North Wicklow, so this is definitely the future,” McDonagh said.

Though he declined to name the US firm, Microsoft fits the description with data centers outside Dublin and its construction of a €2 billion ($2.25 billion) facility on repurposed agricultural land in Netherlands’ Agriport in Middenmeer. As part of a deal with the municipality, Boeren Business reports, the data center will feed its waste heat to local greenhouses.

Speaking to DatacenterDynamics, McDonagh said he has been in contact with flower growers in China’s Guizhou Province, which the national government has identified as a suitable location for construction of large data centers. He also told DCD that North America’s largest flower grower has shown an interest.

”Since Brexit we’ve had a huge increase in enquiries from companies in the Republic of Ireland,” he said. 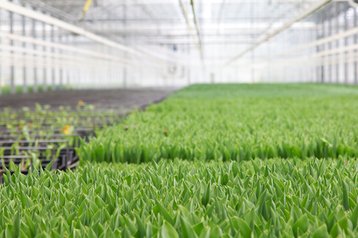 Energy for the data center is provided by a combined heat and power (CHP) unit that provides energy to data centers as well as more heat for other local businesses. This avoids the transmission losses that are inherent to receiving power through the national electricity grid.

At the same time, McDonagh is proposing the use of a ‘desuperheater’ that captures the heat emitted from a data center’s servers and uses it to warm a refrigerant gas, so that more heat can be used in neighboring facilities, such as a greenhouse or an indoor ski slope.

As well as providing heat, the company plans to implement carbon capture. Carbon dioxide produced by the CHP unit will be pumped to the greenhouses to give photosynthesis a boost.

A key benefit is that as the cost of energy from the grid escalates, the cost of the recovered energy won’t increase, said McDonagh. .

When data center providers rejected earlier versions of the idea, Ecologic set out to build the ‘world’s largest data center’ in Wicklow, specifically focused on energy recovery, but this was refused planning permission.

Ian Kilgallon, Gas Networks Ireland’s innovation manager, told the Sunday Independent: “This CO2-saving approach is one of the most innovative we’ve seen. The technologies are commercially and technically viable.

Though an increasingly popular market for data center construction, Ireland will lose out to other countries if it fails to adopt more sustainable ways to power its facilities, McDonagh said.

“Ireland could take a lead in this, but firms in other countries we’re talking to may take on our solution next. This is a huge business opportunity requiring design and construction services as well as vast amounts of equipment – some of which is manufactured in Ireland,” he said.

”In order to keep expanding data centers in Ireland, we have to think about off grid generation of power.

“Our system uses the grid as the backup, flipping the traditional model on the head. Normally data centers in the UK and Europe use the national grid as the primary energy source and the standby generators in case the power fails. Ours uses the standby generators as the primary energy source and the national grid if the power fails. This means the polluters pay.”