Reading the runes: EU data center regulations are coming sooner than you think

Think it won’t happen for another decade? Think again: data center regulations could be coming in just a year or two, says Node Pole’s Christoffer Svanberg

You don’t have to have a vivid imagination, or the gift of prophecy to understand that the data center sector in the European Union is about to be hit with new and rigorous directives and/or regulations intended to reduce their carbon emissions. 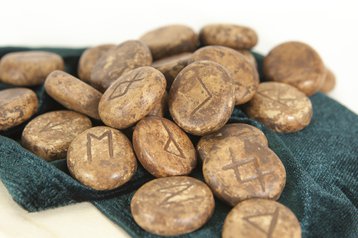 You don't need to be a clairvoyant to see that more data center regulations are on the way – Aleksey Kutsar, Pixabay

But, says Node Pole chief executive Christoffer Svanberg, with governments across Europe declaring climate emergencies and net-zero drives, this new legislation is coming sooner than most people might imagine. However, the bulk of the incoming legislative SS-20s will be intended for carbon-intensive industries more broadly, not just data centers.

“It’s not going to be enough anymore for, say, data center operators to start their own ‘sustainability club’, with 14 meetings a year culminating in not a great deal of action,” says Svanberg. Indeed, the European Union already has its own Code of Conduct for Energy Efficiency in Data Centres, one of several voluntary initiatives with the main incentive for participants the chance to win an award for reducing their energy consumption.

Given a choice between an award and an annual bonus, most people would almost certainly choose the latter.

The Global Label for Sustainable Data

How to effectively demonstrate your data center's sustainability efforts

The legislation coming down the track, cautions Svanberg, will be aimed squarely at carbon emissions. It will also entail regulations governing ‘carbon accounting’, affecting the kind of energy mix that fuels businesses and other organizations. Therefore, a datacenter operating in a jurisdiction where lignite is the dominant power-generating fuel, for example, could be heavily penalised, while one run entirely on local hydro-power escapes scot-free.

In other words, the resulting carbon tax/fees will largely reflect a country’s electricity generation mix. “If you have some sort of carbon emission fee I don’t think it will specifically be targeted at datacenters. I think it will be a general carbon tax, but given the energy intensity of datacenters it will hit them pretty hard.”

Svanberg points to the wide diversity of carbon emissions between the different nations of the EU – as well as the UK – with places like Poland, the Netherlands and Germany filing well above-average CO2 emissions per kilowatt hour (kWh), while France and Sweden, thanks to nuclear power and hydro-electric power, respectively, pump out barely anything. 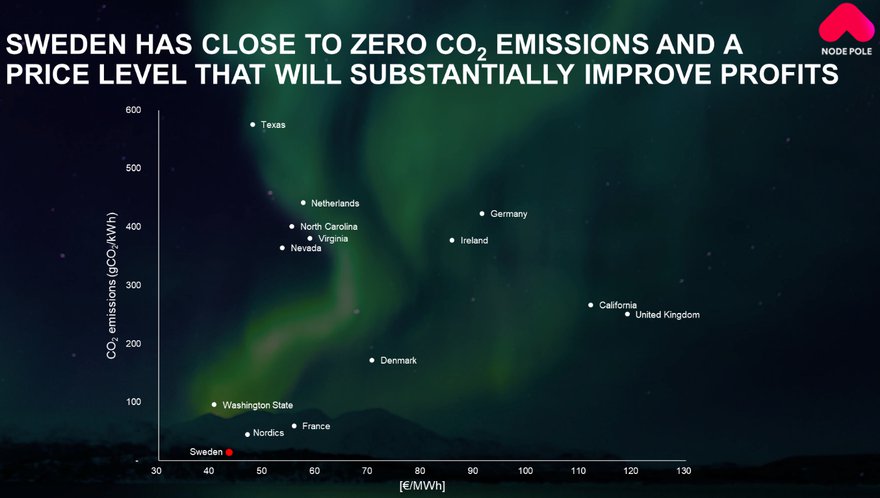 “From a CO2 point of view, Sweden’s power generates just 13 grams of CO2 per kilowatt hour, and France 59 grams; whereas Germany averages more than 413 grams, even after 20 years of decarbonization, while Poland and much of Eastern Europe is through the roof,” says Svanberg. Indeed, Poland’s environmentally catastrophic mix of (largely) lignite and coal-fired power stations puts it at the top of the list with a carbon intensity of 724 grams of CO2 per kWh.

So, with the introduction of carbon taxes, a country like Sweden will enjoy an even bigger competitive advantage; while France, Finland and Austria will also be comparatively attractive. In addition, outside the EU, Norway enjoys similar benefits to Sweden, as does Iceland, via geo-thermal energy (albeit with just two fiber communications links to the rest of the world).

“This is one big reason why Microsoft and Facebook placed their major European datacenters in Sweden,” says Svanberg. “If you're in Sweden, your business risk is essentially zero from this perspective , regardless of what the European Union might come up with.”

But the bad boys, warns Svanberg, stand to be punished: Germany, Poland and much of Eastern Europe. In Germany, this is partly because of the political power of the mining industries of the Ruhr, but has been compounded by the decision to close-down the country’s nuclear sector in the aftermath of the 2011 Fukushima nuclear disaster in Japan.

“They are in a bit of a pickle. People are only now beginning to realise that if you look at the future projected consumption of energy in Germany and the effect of shutting down nuclear and coal, trying to replace it with wind and solar power simply does not add up,” says Svanberg.

Previous investments in CO2 intensive markets like Poland or Germany, will run the risk of having a lower competitiveness as well as decreased profitability. This risk cannot be eliminated Christoffer Svanberg, Node Pole

Furthermore, suggests Svanberg, the directives coming down the line are also likely to tackle ‘creative carbon accounting’ head-on: it won’t be possible to artificially lower carbon emissions by (say) planting trees in Africa buying a wind farm outside of your local market . That means that organizations need to think carefully and strategically about where to site any major datacenter until the scope and detail of the forthcoming EU directives – and possibly even regulations – become clear.

“You could build a data center in, for example, Germany, where the general power mix is about 413 grams of CO2 per kilowatt hour. Then you buy emission rights for the hydro power in Norway. You’re not doing anything wrong, but the actual physical performance of your data center in Germany still emits lots of CO2. I think the EU will put a stop to this kind of greenwashing,” says Svanberg.

“After all, if you’ve acquired emission rights from Norway, that doesn’t change your real emissions. This is something I believe the EU will tackle; it won’t specifically target data centers, but given the energy intensiveness of the industry it will be caught up in it,” Svanberg says.

Previous investments in CO2 intensive markets like Poland or Germany, will run the risk of having a lower competitiveness as well as decreased profitability. This risk cannot be eliminated or undermined.

But before a carbon-based tax can be levied, organizations of all types – or, at least, energy intensive users – will almost certainly need to account for their CO2 emissions. That is to say, they will have to estimate and report on their carbon usage, and that will therefore almost certainly require some detailed carbon accounting rules.

With the introduction of carbon taxes or fees, a country like Sweden will enjoy a major competitive advantage

“I believe the European Union will demand that data center operators actually account for their CO2 emissions, in some sort of annual audit, or something similar,” says Svanberg. “I further believe there will be both incentives and penalties tied to your emissions, but today this is still unclear but it will be decided in the next 18 months. ”

The carbon accounting could be brought in relatively quickly, he continues, but with a grace period of two or three years before the tax kicks in “to give companies a sporting chance, at least, of fixing or minimising their emission,” he adds.

On top of all that, though, is overall energy usage – an issue that will no doubt have rocketed up the agenda due to the ongoing energy crisis affecting Europe over the past year.

“I have seen estimates that suggest that by 2030, the data center industry might account for between eight and 12 percent of global energy capacity,” says Svanberg, pointing out that any industry that casually uses so much grid power is not going to escape scrutiny, regardless of how many wind farms the operator claims to be connected to.

And, with the epicenter of data center growth shifting over the next decade towards Asia/Pacific, such measures might be just the start and by no means limited to Europe.