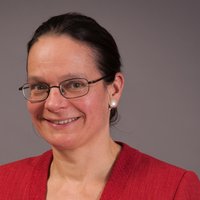 Emma Fryer is Partner at ERM.

Emma has worked in and around the technology industry for the last 15 years in a range of non-technical roles that include research and report writing, policy work (from political liaison to detailed negotiations) and project management.

She spent five years representing the technology sector in policy matters relating to climate change. Her focus was split between encouraging government to make their policy tools fit for purpose and explaining how the intelligent use of ICT can reduce net carbon emissions.

More recently she has focused on Data Centres. She manages the UK Council of Data Centre Operators and techUK’s Data Centres Technical Committee and, with their support, has achieved some major outcomes for the sector, the most significant of which was negotiating and implementing the Climate Change Agreement for Data Centres. This, after a four-year marathon of evidence gathering and policy dialogue, was confirmed in December 2013 and came into force on 1st July 2014. It is worth around £200M to the sector. In recognition of her work she won the DataCenterDynamics Award for “Outstanding Contribution to the Industry” in 2013. TechUK also won the “Effective Voice” category of the Association Network Awards in 2014 in recognition of way the CCA campaign had been managed.

She has also produced a significant body of work including formal and informal policy responses, white papers, overviews, briefings, high level thought leadership papers and illustrated infographics explaining complex technologies in laymans' terms - plus everything in between.

High Tech: Low Carbon
Evaluating the Carbon Impact of ICT: the Answer to Life, the Universe and Everything
Data Centres: Engines of Growth
Data Centres: a Day in YOUR Life
So What Have Data Centres Ever Done For Us?
Data Centre Business Models: The Sherry Trifle
Er, what IS a Data Centre?

Emma is a judge for both the leading industry awards providers: BroadGroup and DataCenterDynamics.
She is a regular speaker at industry events.