Red diesel and data centers in the UK

Thanks to an industry effort, the UK Government's March 2021 Budget did not require data centers to flush

Operators will recall that the UK government held a consultation on proposed changes to the taxation of red diesel in 2020.  Red diesel, which is taxed at a lower rate than regular "white" diesel, may be used for a wide range of business activities that do not make use of roads.  Data center operators are therefore eligible to use red diesel in emergency plant.  The proposed changes narrow the eligibility to a few categories, principally farming and non commercial heating, and the use of red diesel elsewhere will be prohibited from April 2022.

Prohibiting the use (as opposed to the purchase) of red diesel from 2022 presents significant challenges to data center operators who have large stocks on site but consume diesel slowly. Running storage tanks down compromises business continuity and legislation prevents the generators from operating other than for testing and emergencies.  These and other issues were spelt out in TechUK's response which you can read here. 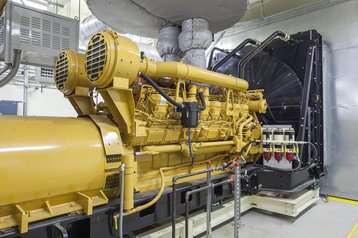 In the March Budget, the government finalized the details of its reforms to the tax treatment of red diesel.  We are delighted that our concerns have been accommodated and a pragmatic solution confirmed: provided that operators can furnish sufficient evidence to satisfy HMRC officers that no red diesel was purchased after the change in law, enforcement action – which includes seizure of equipment- will not be applied.

This is captured in the following paragraphs.  HMRC will be producing further guidance on the details which TechUK will share.

3.12 The government has also decided to stick with its proposal that end users will not be mandated to flush out the tanks of their vehicles or machinery as this can be expensive and this approach also avoids damage to the environment that could arise from the unsupervized and unsafe disposal of red diesel. However, the government expects users of vehicles and machinery losing their red diesel entitlement to ensure that they do not purchase red diesel for use from 1 April 2022 and run down their existing stocks before that date. Fuel put into these vehicles and machinery after that date will be liable for forfeiture and penalties as it will be illegal fuel use, and so end users should not be stockpiling fuel before April 2022.

3.13 In response to users raising concerns about their ability to run down fuel stocks in back-up generators, the government has decided to give HMRC officers the ability to disapply the liability to seizure where the user can provide evidence to satisfy officers that they have not built up their stocks or taken red diesel into the fuel system after the rules changed. The government recognises that for some users, for example, a data center that holds a three-day supply of diesel in their generator in case of emergencies but may only use it for a few hours a year, their last purchase of red diesel may be some time before the tax change.

3.14 HMRC will publish detailed guidance and appropriate communications covering all aspects of these changes, including that end users must keep receipts as evidence of red diesel purchased before the change and white diesel purchased after the change. This is already part of end users’ recordkeeping obligations. In its enforcement activities, HMRC officers will also consider the type of machinery and the frequency of use in deciding whether detected traces are at a level consistent with compliance with the new rules.

Although this guidance makes it clear that the Government has heard what data center operators have said, it is worth reiterating that more detailed guidance will be published, and data centers really should wait for this.

The full consultation response is here.