TRG Datacenters this month announced a 10,000 sq ft (930 sq m) upgrade to its Texas data center. The second phase of development at the Houston facility will expand to 10MW once the whole campus of 10 acres is built.

While data center expansion is common news fare, as part of the expansion TRG announced it is planning to use a bi-fuel option for backup power. The system will utilize both diesel and gas in one generator, which the company says will allow for up to 15-20+ days of usage without any type of refueling. 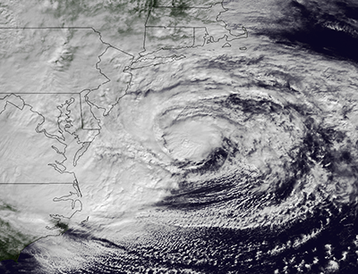 While there’s no set amount of time generators are expected to run for, the Telecommunications Industry Association’s ANSI/TIA-942-A standard requires a minimum of 12 hours fuel, with 72 hours required for Rated 3 accreditation and, 96 hours for Rated 4. Likewise, the Uptime Institute required a minimum 12 hours.

Chris Hinkle, CTO of TRG Datacenters, told DCD the new bi-fuel system will be a conversion performed on a diesel generator. The generator will be able to start up on diesel before tapering off to up to 60-70 percent natural gas. The system can also run entirely without the presence of natural gas if required.

When asked why the company made the decision to adopt a bi-fuel option, and why the backup period of the system was so long, Hinkle said that TRG ‘solve for the local phenomenology of the region’ it builds in, and that multiple fuel supplies for backup power allow it to avoid any anxiety about access to diesel in a disaster.

“Houston is susceptible to hurricanes,” he told DCD. “During hurricanes, the FEMA guidance is days to weeks [without access to supplies]. We have found that Houston suffers from a problem of ‘range anxiety’ related to run-time in diesel generators for extended disaster scenarios.”

“In analyzing the availability of natural gas during hurricanes, and in non-seismic areas, we found that natural gas is a great supplement to the mix.”

When power is out for a long time, data centers become reliant on keeping supplies of diesel flowing, which can be difficult. When Hurricane Sandy hit the US in 2012, a Peer 1 data center in New York City managed to stay online using a human “fuel bucket brigade” carrying buckets of diesel by hand up 17 floors to deposit them into a rooftop generator's fuel tank. The process continued for 48 hours.

TRG is opting for a bi-fuel option because diesel-only generators suffer from a reliance on delivery and refuel rates which Hinkle says can become serious considerations as you build towards hyperscale.

“A bi-fuel allows for us to have a fail-safe, optionally normally off, that we can utilize to reduce re-fuelling requirements, and extend on-site capacity by reducing the consumption rate of the diesel systems. This may not be appropriate for all markets, but the economics are often there allowing you to have the conversation of ‘why not?’”

Atlantic hurricane season runs from June through November, and 2020 was the most active and the fifth costliest Atlantic hurricane season on record. There were 30 named storms, 13 of which developed into hurricanes, with one, Hurricane Iota, reaching Category 5 strength where winds can reach 37 knots (254 kmph/158 mph). Three hurricanes - Hanna, Laura, and Tropical Storm Beta - made landfall in Texas, with a fourth coming close but collapsing before reaching land.

Hurricane Hanna caused power outages in the Rio Grande Valley and widespread flooding in the south of the state, with its outer bands causing tornadoes. Hurricane Laura led Texas Governor Greg Abbott to declare a state of emergency for 23 counties in eastern Texas.

According to the NOAA Inland Wind Model, in the worst-case scenario, a category 5 hurricane in Texas could cause wind speeds of 140 knots (161 mph); TRG says its Houston facility is designed to withstand a wind load ratio of 185 mph. The facility also has no rooftop equipment and a 4-inch thick sloping roof with redundant leak protection to prevent damage during any potential hurricane or tornado.

While TRG was amongst the data centers in Texas that managed to avoid major disruption during 2018’s massive Hurricane Harvey, the company notes that at least one data center provider in the Houston area was left inaccessible to its oil, gas, energy, and production customers due to surrounding streets being flooded.

Unlike duel-fuel, which can run two types of fuel separately, bi-fuel mixes the two fuels, natural gas into the mixture as load is applied. Uptime Institute Tier topology views gas supply lines as a utility, similar to water or electricity, meaning a minimum of 12 hours of gas is required to be stored on-site in a manner consistent with the site’s Tier design requirements.

“The Uptime Institute dictates that we treat natural gas as a utility, so we respect that in our designs and consider it as such when determining fault tolerance,” says Hinkle, “but we have some things in the background that we are working on to revolutionize how we think about operating data centers that will be forthcoming.”