The pandemic has raised the profile of data centers. Now governments will attempt to control a sector they don't fully understand

As a result of the Covid-19 pandemic, governments are more aware of the importance of data centers and digital infrastructure - but there is a danger that this may bring heavy handed regulation, according to DCD’s virtual Europe event today.

During lockdown, data centers were classed as essential to the running of society, and staff were treated as key workers so sites could keep running. In the UK, Germany, the Netherlands, and elsewhere, governments recognized the sector. But when the data center sector is acknowledged as part of the critical national infrastructure (CNI), it will become subject to greater scrutiny and control, the group warned, and that could be a problem - because governments still don’t properly understand the sector.

The free DCD>Europe event is online from 10-12 November 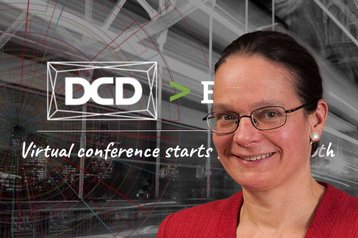 Data centers - regulated, but not understood?

“Across Europe, there’s a mixed picture of how data centers are viewed,” said Emma Fryer, of industry group TechUK: “It’s a curate’s egg.”

In the UK, for instance, data centers ended 2019 with a lack of official recognition but that has changed this year: “Data centers were not mentioned in government digital strategies and business strategies,” said Fryer. “There was a massive disconnect. When Covid hit, we had to massively lobby. They responded really quickly, and within 24 hours had conferred key worker status on data center staff, and got quarantine exemptions.”

That has been good, but in future the sector will be under the spotlight: “With the recognition of criticality of the sector, the government is going to scrutinize its ability to deliver. It’s a very different place from a year ago.”

In the Netherlands, data centers became a public issue in 2019, when the two largest municipalities in Amsterdam imposed a moratorium on new facilities, which was lifted in July 2020, said Stijn Grove, of the Dutch Datacenter Association: “As an industry Covid has shown us that the digital age is now here.”

The difficulty is that governments may be more aware, but they still don’t understand data centers, warned the panel. “In the past, I’ve dealt with different bits of the government on different issues,” said Fryer. “At most points I come across someone who doesn’t understand what a data center is.”

Germany has gone further than most nations, and classified data centers as part of the critical national infrastructure (CNI), said Matt Pullen of operator CyrusOne: “Germany wants to maintain its status as a key data center hub, but there will be greater scrutiny,” he warned. “It’s less about public perception, more about government fully understanding what data centers are.”

Becoming part of the CNI will be complex, warned Fryer: “It’s not a binary decision. It’s unlikely that they’re going to designate an entire sector as critical,” she said, explaining that infrastructure will be designated as CNI depending on the actual job it does.

“But we should be wary of becoming formally regulated,” she warned. When infrastructure industries have been regulated, the UK government has created regulators such as Ofcom and Ofgem, and “they are consumer-facing and concentrate on regulating cost. My worry radar would be right up if we saw that.”

Ciaran Flanagan of data center builder ISG pointed out that building had continued: “ISG did not have to shut down any of our sites, and we’re signing contracts into next year,” but he agreed that scrutiny had risks and could raise the bar on environmental issues: “I was shocked to discover water isn’t recycled in the sector.”

While it has to educate the policy makers, the data center should not be shy about the benefits it brings, said Grove: “We do not want to be constantly on the defense. We need to explain why we are there,” he said, pointing out that data centers provide smart cities and smart transport which saves energy. “We need to be firmer and explain to politicians and governments. We need to do it together, before they regulate something they do not understand.”