Breaking through the IT industry’s glass ceiling 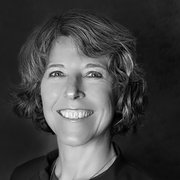 Diverse companies perform better, so what are we waiting for?

In 2015, the National Center for Women & Information Technology found women hold only a quarter of computing jobs, even though they make up about half of the total workforce. Unfortunately, statistics like these remain unsurprising and slow to change. What is surprising, however, is the tangible business impact a lack of diversity has on companies. A 2020 McKinsey report found diverse companies perform better, have more engaged employees, hire better talent, and retain workers better than companies that do not focus on diversity and inclusion — all factors that positively affect business growth.

To continue building gender diversity in tech, recruiters need to direct their efforts to reach women in tech networks and design career paths for female employees that encourage growth and retention. 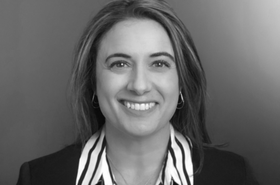 Want to retain women in tech? Let them lead

Women have come a long way in tech. Now the conversation is changing

Reaching women at each end of the hiring pipeline

According to research from the National Science Foundation, more women have been earning STEM degrees than any previous generation. However, even though STEM degrees are on the rise amongst women, Computer Science (CS) degrees have declined in recent years. In 2016, they were down 19% from 27% in 1997, due primarily to dated and harmful “toys for the boys” perception of the field.

Perceptions like these can change if universities and other higher education institutions leverage existing networks and communities for women in tech to bring role models for young female coders into class. Networking and mentoring are essential because they introduce young women in college to organizations and role models dedicated to connecting them with female professionals further in their careers. It also introduces female voices into the typically male-dominated CS classroom, as women make up less than 10% of the CS program’s faculty, including tenured and associate professors.

However, removing gender bias from tech career paths is not the sole responsibility of higher education institutions. Responsibility also falls on the other end of the pipeline: companies. Hiring women must be a company-wide vision that is encouraged and balanced across multiple levels. If companies are truly looking to recruit women for a tech role, the first and most essential step is advertising where women look. People teams searching for qualified female applicants should make a concerted effort to reach out to women’s organizations and employment websites. Companies can partner with women’s colleges for recruiting events like sponsored hackathons, hosting panel discussions, or even sending their recruiting teams to career fairs.

Enterprise equity efforts don’t stop at recruitment. They continue through retention. Women Who Code reports women leave tech roles at a rate of 56 percent. While people exit careers for many reasons, women entering tech positions face constant barriers that discourage career growth. There is a firm social stereotype of masculinity in tech, perpetuating a negative cycle for women and career advancement.

While support groups like Girlz Who Code and the Women in Tech Network provide female tech workers connections to peers in similar situations, companies and co-workers need to take a proactive approach to remove the career blockades women face. Men should take an active role here. Using the platform they have, male peers and managers in technology can help bring women up along with them. On a broader scale, companies can set up resource groups so women across all verticals can meet and network within the enterprise.

Research shows diverse companies become more creative and innovate at faster rates. Successfully building paths for women to grow within the company will also positively affect an organization’s business. Fortune’s “most admired” companies have twice as many women in leadership than less reputable companies.

Companies looking to make a tangible change towards equality need to stop simply going through the motions. Acknowledging a lack of gender diversity in the workplace is no longer enough. Gender diversity and inclusion need to be addressed proactively, from the top-down, and if necessary, from a company cultural shift. Whether by race, gender, or sexual orientation, companies willing to diversify will position themselves to reap the benefits of new perspectives, creativity, and leadership styles. The tech industry has a long way to go toward operating more equitably, but hopefully, soon, we will see the unlimited potential from beyond the shattered glass ceiling.