And people say that New Zealand is safe

A hungry rodent is thought to be to blame for more than 1,000 West Auckland broadband users being bereft of Internet connectivity for more than 24 hours.

The unidentified creature nibbled through a 144-fiber strand cable operated by telco Chorus in the Massey suburb, bringing down connectivity for locals, as well as those in Swanson, Ranui, Westgate, and parts of West Harbour.

Send in some Cat5 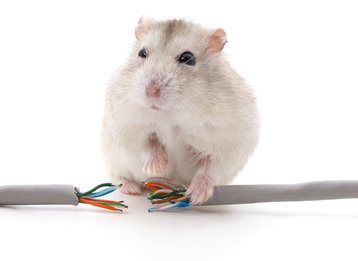 The cable cut was “most likely by a rodent, based on similar damage we have seen elsewhere,” Chorus spokesperson Steve Pettigrew said.

He added that a technician worked through to 2 am on Wednesday re-splicing damaged fiber strands, with service slowly returning.

Hundreds of power cuts are attributable to squirrels, snakes, and other critters that accidentally short circuit equipment - but the result is usually worse for them than it is for the grid.