Blue Brain Project hopes to help us understand how we tick

The machine is being used for the Blue Brain Project, an initiative by the Ecole Polytechnique Fédérale de Lausanne’s (EPFL) that aims to simulate rodent brains. 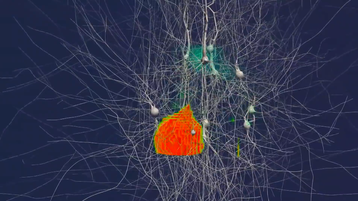 “Modeling an individual neuron at Blue Brain today leads to around 20,000 ordinary differential equations – when modeling entire brain regions, this quickly raises to 100 billion equations that have to be solved concurrently. HPE helps us to navigate the challenging technology landscape in supercomputing.”

The liquid-cooled system was installed in April and is now fully operational. It will be used mainly to simulate the thalamus of a mouse - the small structure within the brain located just above the brain stem between the cerebral cortex and the midbrain, and having extensive nerve connections to both.

“Our mission is to create technologies that improve our quality of life, including powering technologies for the healthcare industry to deliver targeted treatments and save lives,” Antonio Neri, president and CEO of HPE, said.

“Through our relationship with the Blue Brain Project, HPE is bringing advanced supercomputing and bespoke applications to empower new research that can have transformative benefits for the neuroscientific community and society at large.”