We've been here before

The US Army says that it is finally ready to begin aggressively moving to the cloud, after much delays.

Lt. Gen. John Morrison, deputy chief of staff for cyber, said that the groundwork had now been laid, allowing for “much more rapid movement to the cloud." He called the next year a period “of action and acceleration,” in comments first reported by C4ISRnet. 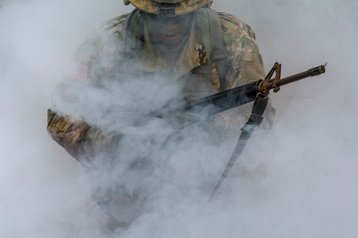 Morrison said at the AFCEA TechNet Augusta conference: "We are putting the requisite capabilities into the hands of our operational formation so they can understand the applications that now need to move to the cloud, and we are aligning the requisite combat power to assist in that migration. It is going to be much faster.”

The US Army has requested $16.6 billion in funding for cyber and IT for the next fiscal year, which starts in October. The Army expects to spend heavily on the cloud, and sees savings in continuing to shut data centers.

Army Chief Information Officer Raj Iyer is leading an effort to find how many data centers the US Army uses, and which ones can be shut. “What we have learned very quickly is it’s not about the data center, it’s about the applications and the data that’s in the data center,” Morrison said. “What is cloud ready? What is not cloud ready? Et cetera. And that’s sort of been where we’ve gotten a little pitchy at times.”

Those acts ordered the Army to shut down 60 percent of its nearly 1,200 data centers by fiscal 2018 - with data centers defined as essentially server closets and up. But the Army did not hit that goal, despite multiple task forces and multiple commitments to a war on waste.

At the same time, the Department of Defense's main cloud project - JEDI - collapsed after legal fights between Amazon Web Services and Microsoft Azure, and amid claims of presidential interference during the Trump era.

The reworked JWCC will see Amazon, Google, Microsoft, and Oracle bid for different workloads under a unified framework. But it too has been repeatedly delayed, with the first awards set to be made by the end of this calendar year.