The more data centers the US government closes, the more it finds. How does it all add up?

It has been almost six years since President Obama handed down an order to close and consolidate government data centers. That proclamation spawned the Federal Data Center Consolidation Initiative (FDCCI), initially intended to shut down 1,200 facilities and save the government between $5bn and $8bn annually.

As agencies have struggled to meet the demands of the mandate, the very definition of a data center has changed, while the understanding of the workloads that could potentially be consolidated has also been a moving target.

When asked to put hard numbers into play in 2011, Vivek Kundra, the first chief information officer of the United States, said that by 2015 the federal government needed to reduce its total number of federal data centers by 40 percent. At the time, this represented a target of 800 data centers.

In 2014, the Government Accounting Office report on the success of FDCCI as part of the Federal Information Technology Acquisition Reform Act (FITARA) announced that more than 3,300 data centers had been closed, but there were now 11,7000 left that fit the requirements for consolidation or shutdown.

The FDCCI has encountered a wide range of reactions among the government agencies that it affects – from rapid acceptance to a litany of reasons why it can’t be done. So let’s try to understand the successes and failures so far.

By the end of 2011, almost 30 major federal agencies – from the Department of Agriculture to Nasa to the Social Security Administration – had filed their first set of plans for programs they would be initiating to meet the demands of the FDCCI. Much of the effort defined by these initial plans was focused on identifying core data centers and their processes, and looking at virtualization and cloud computing as the primary agents of change in meeting the goals of the program. Due to the somewhat nebulous nature of the definition of a data center, simply closing facilities was unlikely to achieve significant savings to help the government reach its $5bn to $8bn goal.

A clear example of this issue is found in the early successes of the Census Bureau. By mid-2012, the bureau had closed seven of its data centers and virtualized the rest. It saved only $1m, but the results were a clear indicator that consolidations could find and eliminate significant unused capacity in the data centers of federal agencies.

By contrast, at the Defense Information Systems Agency, there were wider benefits. The agency closed data centers but also implemented additional projects that delivered savings across the entire Department of Defense (DoD). For instance, the cloud-based DoD Enterprise Email (DEE) system provides secure, cloud-based email across the DoD, giving a common platform that allows 4.5 million geographically and organizationally dispersed users to share information.

With a single entity hosting the cloud service for the various organizations involved, savings are achieved by preventing duplication of effort and providing economies of scale.

The DoD has been able to save tens of millions of dollars via closure and consolidation. Meanwhile, programs such as DEE represent the most visible and effective agency efforts to meet the goals of the FDCCI.

The DoD efforts, most notably in the Department of the Navy, have become the poster child for the program.

In 2012, Rob Wolborsky, then chief technology officer at the Space and Naval Warfare Systems Command, told Federal Computer Week magazine about the Navy’s plans to consolidate 58 data centers in five years. “We have tremendous support from Navy leadership to get this done,” said Wolborsky. “However, this is a major change in the way data centers are doing business, and it will require a huge cultural shift.” 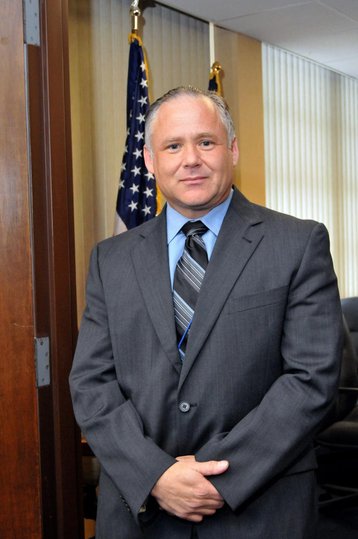 Two years later, the Navy announced the first of its contracts for the consolidation of its data centers. In the Data Center and Application Optimization Program, the Navy planned to make serious inroads into moving all but 25 percent of its data into private facilities, primarily moving unclassified information. At the time, the Navy had also identified 226 data centers within the US that it planned to consolidate down to just 20, making use of private business, DoD consolidation and Navy-run entities.

A year later, the Navy once again reorganized its consolidation program with John Zangardi, the Navy’s deputy assistant secretary for command, control, computers, intelligence, information operations and space, pointing out that while there had been some success in consolidating systems and applications (fewer than 300 of the 7,000 identified two years previously), there was a significant cultural issue with the type of consolidation that faced the Navy’s information technology and data center commands. This was despite this cultural issue being identified as a primary one two years previously.

In the six months since the last reorganization, the Navy has been quiet about any success or failure it has achieved in meeting its FDCCI goals. However, even a major success would likely have been overshadowed by this year’s General Accounting Office report, which found an additional 2,000 data centers that needed to be addressed under the government’s FDCCI program.

FITARA requires high visibility and public accountability for actions being taken to meet the goals of the FDCCI, and it seems that the deeper the government dives into finding financial waste related to data centers, the broader the effort becomes.

We now find that the plans address an original population of more than 15,000 identified data center facilities and the program as having already closed or consolidated more data centers than were believed to have existed five years ago. 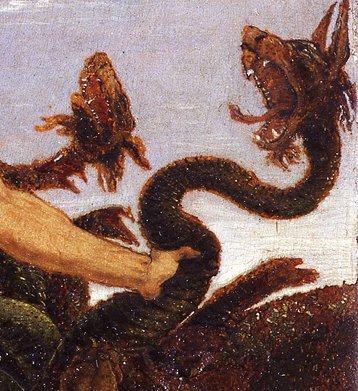 And while the potential savings already achieved may soon reach the numbers proposed in 2010, the elephant in the room continues to be ignored: those savings were proposed when it was believed that only one fifth of the total number of data centers found so far existed.

That being the case, shouldn’t the target for savings be multiplied by five?

• Federal Information Technology Acquisition Reform Act (FITARA) – a draft bill to reform procurement. It did not become law, but some parts were included in other acts.