But the numbers are a little fuzzy

As the Federal Data Center Optimization Initiative (FDCOI) comes to an end, US government officials claimed that it saved $5.8 billion over 12 years.

In that time period, some 6,000 data centers were closed - although that is based on a very broad definition, which includes server rooms and single-server environments. 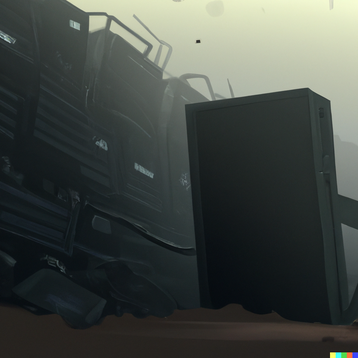 The FDCOI is authorized under the National Defense Authorization Act for Fiscal Year 2015, and is set to expire in Fiscal 2022. The new FDCEA would rework it, shifting the focus to secure data centers and a move to the cloud.

The US Federal data center consolidation effort dates back to 2011, when the government set ambitious targets to rein in its infrastructure overspend.

The program has been repeatedly delayed, had the definition of a data center reworked, and expanded in scope as new facilities were discovered nestled in the bowels of different agencies. Not all of those agencies cooperated with the program, arguing that their facilities were more useful than program operators said.

Here's where things get tricky: Because of the changing definition of a data center between the Office of Management and Budget and the Government Accountability Office, as well as individual agencies, tracking closures is flawed.

In fact, the GAO's definition of data centers put it ahead of the Senators' claims - the GAO said some 6,250 data centers were closed by 2019.

Equally, the OMB - which used its definition to say there were 4,500 fewer facilities in existence than the GAO counted - last year claimed that closing data centers saved the US government some $6.24bn.

It is not clear which definition the senators used to reach their figures, if any - DCD has contacted them for clarification.

However, due to decades of poor accounting practices, and a constant fight over definitions, the true number of facilities closed and the savings gained will probably never be known.

As of this March, the OMB said that agencies still had work to do closing data centers and optimizing what they have, but warned that the 'low hanging fruit' had already been plucked.