US Government continues to struggle with data center consolidation

Years into the ongoing effort, public agencies still have work to do

The US Office of Management and Budget (OMB) has reported mixed results in its decade-long effort to optimize and consolidate federal data centers.

In the 2020 financial year, 24 agencies planned to close a total of 46 data centers — and ended up closing 96. This saved the government $875.10 million, but still the agencies are having trouble using virtualization and other tools to optimize their existing data centers and reduce wasted resources. 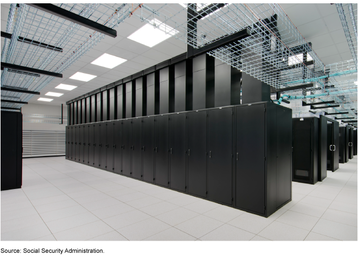 The 2021 financial year made a solid start, with 51 more facilities closed by August.

The US Federal Data Center Consolidation Initiative (FDCCI) dates back to 2011, when the first chief information officer of the United States, Vivek Kundra, said that by 2015 the federal government needed to close 40 percent of its data centers, to hit a target of 800 facilities.

That plan changed when it encountered reality. By 2014, under the Federal Information Technology Acquisition Reform Act (FITARA), agencies had closed more than 3,300 data centers, but hydra-like, new data centers seemed to emerge: the definition of a data center had broadened to include server rooms and there were still 11,700 left that needed closing.

In 2016, the Government added the Data Center Optimization Initiative, (DCOI), aiming to improve the efficiency of remaining data centers with measures such as virtualization, advanced power metering, and weeding out underused servers.

The government made speedy progress, closing some half of the new figure by 2019, but agencies were told to work harder.

In 2021, the OMB announced the FDCCI had saved $6.24 billion, but again said more needed to be done, particularly against performance metrics.

But the OMB warns the low-hanging fruit is disappearing, and future closures will be tougher and have smaller paybacks: "Closures and savings are expected to slow in the future according to agencies' Data Center Optimization Initiative (DCOI) strategic plans. For example, seven agencies reported that they plan to close 83 data centers in fiscal year 2022 through 2025, and save a total of $46.32 million."

Meanwhile, the optimization targets are proving hard to measure and improve on. They are also somewhat hard to decode. From the figures, it looks as if only half the agencies have met the targets (the green pie segments in the figure). However, the "Not Applicable" segment applies to agencies who have completed optimization, or been granted exemptions, so the actual success rate is higher.

OMB says the agencies that missed targets did so for reasons including technical and budget constraints.

Over the years since 2016, the Government Accountability Office (GAO) has made 126 recommendations to help agencies meet their DCOI targets, and 101 of these have been implemented. "Until agencies fully address all previous GAO recommendations to meet their optimization performance targets, they are unlikely to fully realize the expected benefits, including cost savings from DCOI," comments the OMB.