Bloomberg reports that a Competition and Markets Authority study of the potential takeover contains worrying implications for national security, with the country now leaning towards blocking the deal. 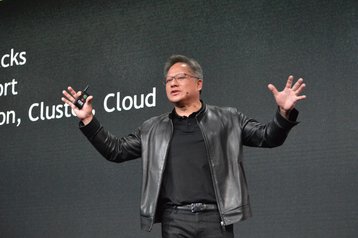 No final decision has been made, and the UK will likely conduct a deeper review into the security issues. It could also approve the acquisition, but with certain conditions.

Companies like Microsoft, Google, Amazon, and Graphcore are thought to have written to the CMA asking for the deal to be blocked. Qualcomm, which also protested, has suggested taking the company public - and said that it would invest in Arm.

However, Broadcom, MediaTek, and Marvell have all said that they support the deal.

“We continue to work through the regulatory process with the UK government,” Nvidia said in a statement. “We look forward to their questions and expect to resolve any issues they may have.”

The report comes just days after it was revealed that Chinese regulators had yet to begin a formal review of the deal, first announced in September 2020.

The European Commission has also not begun its regulatory review, with Nvidia yet to submit its paperwork. The body is currently recessed for a summer break.