Inner Mongolia is becoming a serious hotspot for data centers

The data center, located in Unlanqab, Inner Mongolia, will house roughly 300,000 servers and aims to be online at the end of 2021.

The facility will reportedly be the company's first large scale data center. No further details about the site have been released.

The region is fast becoming a digital hub in China as data center operators move to the region due to the province's cool weather and cheap power and land.

According to IDCNova, the total investment by data center companies in Ulanqab has reached 24.3bn yuan ($2.9bn) and includes the likes of Huawei, Alibaba, Apple, and UCloud. 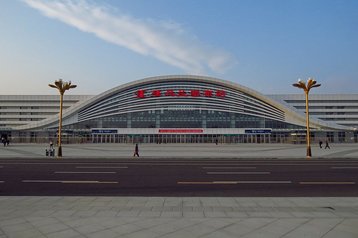 A response to the pressures that Covid-19 has placed on the economy, China Briefing notes that the stimulus will be used for 5G, tech, and renewable power rather than traditional infrastructures like bridges and high-speed railways.

As an app, Kuaishou boasts a user base of more than 300 million people, making it China's second-largest short-form video app behind Douyin, the Chinese name for TikTok.

Since its launch in 2011, it has raised a total of $4.4bn by private investments with Tencent as the lead investor - with the tech giant heading a $3bn investment in the company last December.

Back in May, Kuaishou announced it was suing TikTok's owner ByteDance for allegedly interfering with search results on a third-party app store.

The Beijing’s Haidian District People’s Court said that Kuaishou claims search functions were tampered with. Whenever the keyword “Kuaishou” was entered on 360 Mobile Assistant, an app store, the user was allegedly led to a paid advertisement by TikTok.