Telco BT decides not to drop Rostelecom partnership, as it would end UK-Russia calls

But the partnership was already operating in a reduced state

British telecoms giant BT has decided not to join a growing corporate boycott of Russia after it invaded Ukraine.

The Telegraph reports that the company considered following companies like Ericsson, Microsoft, Oracle, Cogent, and Sabre in pulling out of the country, but realized it would mean that people in the UK would no longer be able to make calls to Russia. 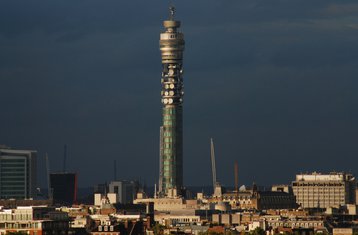 The telco signed a partnership agreement with Russia's largest telecoms provider Rostelecom in 2012, starting with a "network interconnection" deal for the 400 corporations it was connecting through its BT Global international division.

The Telegraph notes that, despite big promises, the partnership has been limited. BT scaled back its Russian operations over the past few years, and now has just 17 employees in the country.

Even if it maintains its current relationship, business will likely decline as its Western customers cease working in Russia.

Rival British telco Vodafone this month suspended a 14-year partnership with Russian telco MTS. “Vodafone confirms that it has suspended its partner market agreement with MTS," the company said in a short statement.