Subsea Cloud, a company proposing underwater data centers, says it is working to deploy units off the shores of Singapore.

The US-based company, which proposes facilities submerged in deep water, is hoping to deliver subsea pods to Singapore to ease the energy and sustainability issues which have blighted the data center industry in the island city-state, according to a blog posting by Subsea founder Maxie Reynolds. 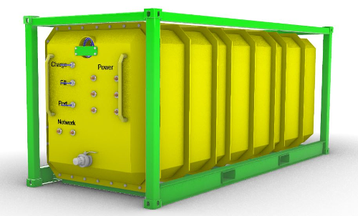 "We are currently working with government offices and local companies to deploy subsea pods in the region, bringing sustainable, scalable data centers to the area," says Reynolds, in a LinkedIn post this week.

Reynolds is due to speak today at DCD's Connect Silicon Valley event in Santa Clara.

Singapore had a moratorium on new data centers from 2019, due to their high energy use. The country has an installed based of around 70 facilities, which use use more than seven percent of Singapore's electricity Given that the country gets nearly all its electricity (96 percent) from natural gas, data center operators who locate there cannot meet commitments to use renewable power, and will be contributing to global warming. The country is also very small, so available land is at a premium.

In January 2022, the country announced the moratorium would be lifted, but the conditions applied to new data centers are not clear.

Singapore's Keppel has previously considered setting up a floating data center park, and the country is also developing floating solar farms, and Facebook announced in 2021 that it would buy electricity from an offshore solar farm there.

Reynolds says Subsea's underwater pods, which can be deployed as deep as 3,000m, will answer Singapore's issues: "They use 40 percent less power; they drastically reduce carbon emissions; can be completely powered by renewables; take advantage of the country's natural geography; and it costs far less to build, deploy and operate subsea pods compared to any traditional data center."

Other players are looking at underwater data centers. China's Highlander is engaged in commercial deployment in the seas of Hainan, an island which is experiencing rapid development. Previously, Microsoft pioneered the idea with extensive tests in the US and Scotland.

However, Highlander and Microsoft's Project Natick both use pressure vessels, while Subsea's designs equalize the pressure, bringing the inside of the unit to the same pressure as water at that depth. This means that the company can use simpler, lighter pods than the heavy-duty pressure vessels otherwise needed.

Subsea has facilities in Houston, Texas, and off the coast of Port Angeles, Washington, and has pressure tested a prototype, but has yet to report a fully working deployment.