Highlander has signed an agreement to build a commercial underwater data center, at Sanya, a coastal city on the south of Hainan Island, China.

The 5.6 billion yuan ($880 million), project will be the world's first commercial underwater data center, and will boost the Hainan Free Trade Port, according to a report in China Daily. The project fits in with local five-year plans which are backing underwater data centers as a means to reduce cooling costs and save emissions. 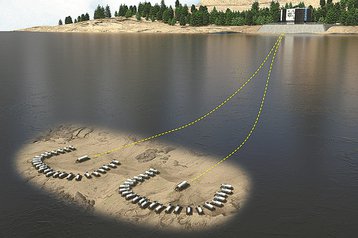 The deal follows successful Highlander test projects in the mainland port of Zhuhai port and off the coast of Hainan.

Wang Bin, vice-governor of Hainan, announced the agreement at a meeting on low-carbon infrastructure, held in Sanya on December 26. Wang said the project was important in the development of Hainan Free Trade Port, and forms part of a plan to promote marine infrastructure. "Hainan will make good use of its unique marine resources to cultivate a leading low-carbon green marine infrastructure industry cluster in the country," reports China Daily.

Highlander's first tests were of a single module, an underwater pressure vessel holding four racks. In May 2021, Hainan announced a plan to chain 100 modules or "data cabins" together on the sea bed, creating a more substantial facility, which would be powered by the Changjiang Nuclear Power Plant, on the North West of Hainan. December's announcement gives a more definite location, Sanya, which is some 200km from Changjiang.

At the meeting, Xu Tan, vice-president of Beijing Highlander Digital Technology, said the advantages of the data center would include power saving, land saving, water saving, and low total costs, according to China Daily. 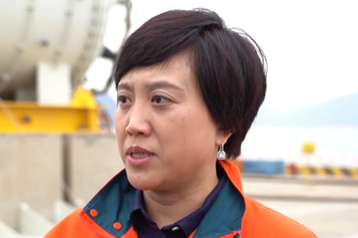 "The demonstration project, to be located in Haitang Bay, one of the five well-known beautiful bays in northeastern Sanya, will be grown into a comprehensive marine new technology industrial park with the underwater data center as the core," Xu said. "Official test results showed that the efficiency of the cooling systems and the data transmission systems to be adopted by the Sanya UDC has reached advanced international levels."

The first tests of underwater data centers were carried out in Microsoft's Project Natick over the last five years. The company opened up some of the patents relating to Natick last year.