After successful trials, underwater facilites are on the roadmap

Guangdong province in China will move large data centers underwater, according to a plan published this week.

The province, a major tech hub which includes the cities of Guangzhou, Shenzhen and Zhuhai, has published a five-year plan for its marine economy, which includes a goal to encourage "high energy consuming data centers" into the sea to reduce the energy used in cooling them. 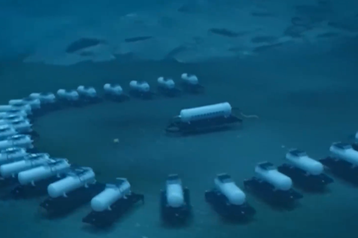 The move follows successful trials of underwater data centers in Shenzhen, by Highlander, a specialist firm.

Data center energy use is a concern in China and, after Highlander's successful trial of a single chamber, Hainan Port is pushing ahead with plans for a commercial data center using 100 or more pressure vessels, powered by a nearby nuclear power plant. Now, Shenzhen has included the concept in its marine industry plan, according to Reuters.

Greenpeace has criticized China's data center industry for its slow progress on adopting renewable energy and its lack of transparency.

Around nine percent of China's gross domestic product comes from the ocean, according to a South China Morning Post article which reports that several of China's coastal provinces are aiming to boost the marine economy. Shenzhen is offering 10 million yuan ($1.6 million) to companies with marine projects.

“The supportive policies are aiming to attract and integrate competitive industries into the sea, such as electronic information and other intelligent and digital industries, thanks to which the ability to monitor and survey the ocean has also improved accordingly,” Hu Zhenlin, senior research fellow with the China Development Institute told the Post.

The waters off the coast of Guangdong form part of the South China Sea, including territory disputed by China and Taiwan.