Promising speeds of up to 100Gbps

Located between Glasgow and Edinburgh, the facility is the country's only Uptime Institute Tier III data center. Both brightsolid and Internet or Business have Tier III Design certificates.

The company claims that the facility is also the most energy-efficient in Scotland, with a power usage effectiveness (PUE) of 1.18. It is powered by 100 percent renewable energy sources. 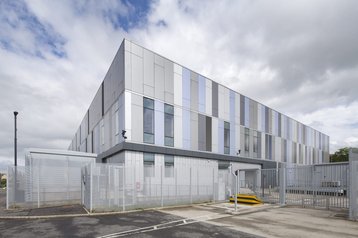 Having installed its networking equipment on site, the facility now connects to SSE’s 20,000km (12,427 mile) UK-wide network, which DataVita’s managing director Danny Quinn said will provide “a substantial upgrade to what we have available in Scotland and will support continued working from home and the development of new industries that rely on access to high levels of connectivity, as well as helping to underpin the greater adoption of technologies and trends such as IoT and smart cities.”

James King, chairman of industry body Host in Scotland, added: “We welcome this important development in strengthening connectivity and capacity in Scotland, and the investment by SSE Enterprise Telecoms into DataVita demonstrates the capability of Scottish data centers to satisfy ever-growing demand for digital services. The ability for Scottish-based providers to attract and deliver high quality, secure, low carbon data storage is of critical importance to the growth of this sector and of the economy, and we are keen to work with others to further develop this space.”

Despite being one of the UK’s devolved nations and an economic powerhouse, Scotland’s sparsely inhabited territory means that it is less densely equipped than much of England.

One aspect of digital infrastructure in which it excels, however, is through harnessing the tidal power and cold water of the North Sea and the Atlantic Ocean.

It is where Microsoft deployed its underwater data center for the two years of running Project Natick, and where Simec Atlantis Energy is plotting the installation of a tidal-wave powered facility with the view of attracting one or several hyperscale providers.