The optical networking company's US division has difficult times ahead

Optical transceiver supplier Kaiam closed its manufacturing plant in Scotland on December 24, 2018, with its UK and European operations entering into administration. 310 employees at the Livingston factory were laid off with no notice.

In 2014, the company was awarded £850,000 (US$1m) in grants by the Scottish Enterprise investment agency to relocate some of its production away from China.

The future of the US-based company remains uncertain, with Kaiam's CEO admitting that insolvency seems likely. 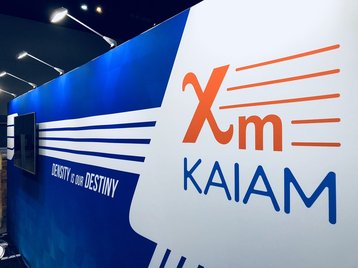 CEO Bardia Pezeshki cited various reasons for the company's difficulties in an interview with Lightwave, claiming that Kaiam had trouble convincing large data center customers that the relatively small business could meet their needs. Elsewhere, he said that tech businesses were “extremely poor at predicting when orders happen,” but that suppliers such as Kaiam had to maintain capacity in case they won orders. He also blamed Chinese competitors that allegedly dropped the market price of their products from $900 to $100 in a year.

With the business struggling, Kaiam explored partnerships and a potential sale. Pezeshki claimed that several promising discussions fell apart in December due to turbulence in the US public markets, and the ongoing US-China trade war.

"There are, obviously, a lot of interested parties; I think a lot of people appreciate the technology that Kaiam has developed," he told Lightwave, but added that the future remained bleak: “The odds are that we will also go into some sort of insolvency process in the US as well."

He added: “You can’t drag this on for months because you’ll lose the team. So I think we have to work fairly fast. It’s got to be - certainly, it’s not months; it may not even be weeks. You have to work quickly to stabilize things.”

Last year, Kaiam sold a plant in Newton Aycliffe, County Durham, England, for $80 million, after purchasing it for $70 million a year before. Livingston worker John Jack told the Sunday Post that "we were led to believe it would secure our future. But they never spent a penny on the plant. Some machines are held together with sticky tape.”

In Scotland, local politicians and media are becoming increasingly critical of Pezeshki's response to the company's misfortunes. Days before the UK division entered administration, Pezeshki was at Kaiam's Livingston office celebrating Christmas, but failed to tell employees that they were about to lose their jobs, leaving it to regional managers, as he flew back to California.

"He said nothing, then in an unspeakable act of cowardice flew home to the US as staff were being told they wouldn’t be paid before Xmas," SNP Member of Parliament for Livingstone, Hannah Bardell, said.

“I feel absolutely awful,” Pezeshki told Edinburgh Evening News. “It sucks, and the timing could not have been more horrific. The insinuation that I was deliberately trying to hurt people before Christmas - Grinch like - is just them lashing out in anger at the horrific situation. People who have started companies know that it is hard work, and takes a lot of sacrifice.”

It is unclear when Pezeshki knew that the plant would be shut, but on December 11, Kaiam Europe Limited had already filed a document with Companies House that it would be struck off.

Non-departmental public body Scottish Enterprise was informed of the company's financial troubles on November 16. A spokesperson said: "We have been in regular discussion with the company since finding out it was in financial difficulty and helped it explore a range of options, but unfortunately the situation couldn’t be turned around within the necessary timeframe."

A fundraiser to help former Kaiam staff has so far raised £22,165 ($28,160), and a Facebook group has been set up with locals offering in-kind donations and sharing job offers.