Update: Reports are also coming in from New Zealand, Mexico, the UK, the Netherlands, and more. 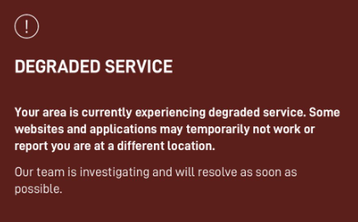 It is not known how widespread the outage is. The company has yet to comment on the disruption.

The Starlink satellite broadband service last experienced an outage in April, which impacted some users for four hours. It was also hit by a major outage in January, impacting services across the globe. It went down for around 60-90 minutes in August 2021.

While the service has formally left 'Beta,' it is still a somewhat evolving and unfinished product. SpaceX has launched just under 3,000 satellites, and offers services in 40 countries.

Last week, the company announced that it was partnering with T-Mobile to bring '0G' connectivity to North America, but said that it will require a new generation of Starlink satellites to connect to mobile phones.