CEO could be on the way out

Chip designer Arm and its owner Softbank could shortly take back control of Arm's Chinese operations, which have been hijacked by a rogue CEO, according to Bloomberg.

The Japanese giant is close to an agreement to remove Arm China's CEO Allen Wu, who refused to leave the company despite being fired by the Arm China board in 2020, for alleged conflicts of interest. 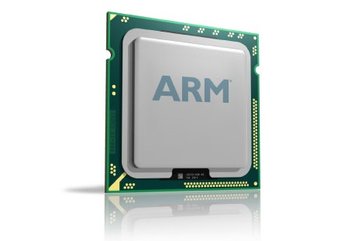 Unbelievably, two years on Wu still holds the company's seal and registration documents and carries on running the company.

The breakthrough is coming about because it seems Softbank is willing to reduce its control of the Chinese joint venture, in exchange for the departure of Wu, according to reports.

The Arm board, supported by Chinese authorities, is said to be filing paperwork to get a new company seal, and a new name on the official government database. The change could happen in days, according to anonymous sources.

The job of CEO is likely to be given to two people, says Bloomberg.

During the last two years, the status of the Chinese operation has complicated matters for Arm. A deal to sell Arm to Nvidia eventually came to nothing over pressure from international regulators. The company is now preparing for an IPO, and clearing up the difficulty in China must be a priority to smooth that process.

Arm China is a joint venture, involving Arm and some Chinese investors, and the situation with Wu has been complicated because Chinese authorities have been unwilling to act to help sort out the issue.

Now, Arm's ownership has been altered, with more control going to SoftBank in Japan, but Arm will end up with only 20 percent of the Chinese JV, IT will be treated as an "uncontrolled affiliate, rather than a subsidiary, and will pay a license fee to use ARM designs.