Singapore announces plan to import 100MW of electricity from Malaysia

Singapore could be importing electricity from Malaysia as early as next year, as part of a long-term plan to bolster clean energy generation and consumption across the region.

Singapore regulator Energy Market Authority (EMA) on Monday unveiled plans to issue a Request for Proposal (RFP) by March next year to import 100MW of electricity from Malaysia. Electricity imports could begin as early as end-2021, using the existing interconnector between the two countries. 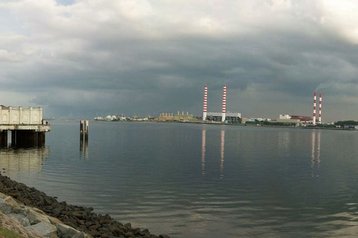 Malaysia has hugely ambitious plans for clean energy, with a goal of using solar and biomass to grow its renewable share from around one percent to 20 percent by 2025. Its grid is already connected to that of Singapore, via submarine cables with a capacity of 200MW which feed to Senoko, where Singapore has a power station.

The announcement was made at this week's Singapore International Energy Week (SIEW), an annual event which this year switched to a hybrid virtual and in-person format, with the latter featuring a pilot run of pre-event rapid Covid-19 testing for physical attendees.

The proposal is expected to make up to 1.5 percent of Singapore’s peak energy demand, which recorded the highest monthly peak demand last year at 7.4GW in May.

Speaking on the first day of SIEW, Singapore’s Trade and Industry Minister Chan Chun Sing said: “We will kick this off by importing 100MW of electricity imports for a trial period of two years to see how the market works and to see how the technical challenges can be overcome. This will allow the region to share the clean energy sources that different countries may have.”

“This year, we want to front load it, notwithstanding Covid-19, by bringing forward the deployment of solar, and we will catalyze this through public sector initiatives. With greater reliance on renewable energy sources, some other challenges will arise. We have to fix the intermittency problem, and storage will be one key issue that we have to resolve.”

Concerns over the carbon footprint of data centers in Singapore was understood to have led to a moratorium on new data centers until 2021, though previously approved builds have continued to launch. The sole exception to date was when SPH and Keppel announced plans in June to develop and run a new data center at SPH’s current Genting Lane property in Singapore.

As we reported previously, the last official figures back in 2014 revealed that data centers already made up seven percent of Singapore’s electricity consumption. With scores of data centers built since and slower overall growth in energy consumption, this percentage is almost certainly higher now. Leveraging electricity generated in neighboring countries is hence one way for Singapore to meet its climate change commitments.