The company is making the change to its project in Newport, Wales, after adjusting working conditions and logistics due to Covid-19. Now, the firm will build one phase, get it up and running, then move onto the final (second) phase.

TechRE is the contractor helping Atlantis convert its flagship Uskmouth Power Station into a data center with the hope it will attract Edge and hyperscale tenants.

The phase 1 conversion will take place over a period of 18 months. 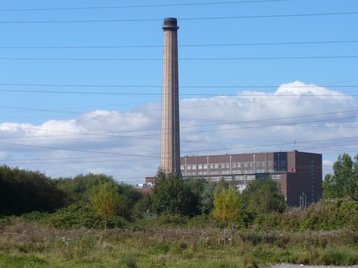 Tim Cornelius, CEO of Simec Atlantis Energy, said: “The Uskmouth project is leading the way to a sustainable future and we are delighted that so much progress has been able to be made on this important project despite the disruptions we have all experienced so far during 2020.

"The decision to phase the conversion into two stages is prudent as it de-risks supply chain timelines, fuel supply, and most importantly the timeline to first electrons exported to the grid and therefore revenue generation.

"Further, we are delighted to be working with TechRE on the potential development of a large, private wire supply contract to data center operators at Uskmouth. This could become one of the most exciting corporate PPA projects in the UK, demonstrating how the digital economy can work hand-in-hand with sustainable energy generators to establish more data center capacity in the UK to meet ever-growing demands in an ethical and responsible way.”

According to Atlantis, Uskmouth is still operating as a power plant, but instead of burning coal, it will instead use waste pellets derived from biomass and plastics. The burning of the pellets will go on to generate 220MW of baseload electricity for the data center.

Mitsubishi Hitachi Power Systems Europe designed the furnace and power system which Uskmouth will use, it won the contract in October 2019.

The fuel used in the new plant will be sourced from Atlantis' sister company Simec Subcoal Fuels.

In June, Atlantis conducted a large-scale combustion test which was successful. Final design studies are now being done to survey the Engineering, Procurement, and Construction (EPC) contract. The EPC process will be a global tender and contract negotiations are expected to conclude in early 2021.

The T&Cs of the contract will determine the final structure of the project finance package and construction will begin once the contract is awarded.

Atlantis is taking on low carbon and sustainable projects seriously with an investment in tidal power and its subsidiary Green Highland Renewables, which operates small river hydropower plants.

Back in September 2019, Atlantis proposed a data center using renewable tidal power, off the coast of Scotland. Its MeyGen tidal power station floats just off Pentland Firth, between the Orkney Islands and the mainland.

Around 77 percent of the ownership of the tidal power station is held by Atlantis.