This will be Vantage’s sixth facility in Europe, following its February acquisition of Etix Everywhere and its facilities in Berlin, Frankfurt, Milan, Warsaw, and Zurich.

Currently, the NGD campus provides around 72MW of available power and has an expansion capacity of around 108MW. DCD understands Microsoft is an NGD customer.

Located in an industrial park in the town of Marshfield, not too far from the Welsh capital Cardiff, NGD says the data center is built to Uptime's Tier III specifications. The facility is powered by renewable energy from Wales’ Dinorwig Dam, Britain’s largest hydroelectric power plant.

The deal is subject to customary regulatory approvals, and is expected to close in Q3 2020. Terms of the deal were not disclosed. 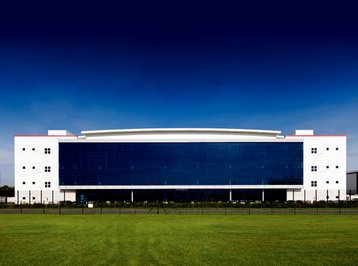 NGD’s CEO Justin Jenkins will join Vantage as president of Vantage UK, once the acquisition closes.

“Vantage’s global footprint and broad customer relationships, combined with NGD’s growing hyperscale and enterprise UK customer base, position us ideally to accelerate the investment and growth of our UK business.”

Sureel Choksi, president and CEO of Vantage Data Centers, added: As the needs of our hyperscale, cloud and large enterprise customers continue to grow, Wales represents a highly attractive UK market offering both lower cost and greater scalability versus London."

The transaction will be funded with equity commitments from Vantage's Digital Colony investors, as well as acquisition debt financing

Back in October the Telegraph reported that Legal and General (L&G), a fund manager with around £1 trillion in assets, was interested in buying NGD.

At the time, both Legal & General and InfraVia declined to comment on the rumor.

The NGD facility, originally built as an electronics factory, was bought by InfraVia in 2016 for £100 million ($122m).

The Telegraph’s sources suggested the L&G deal was part of the British investment firm’s push into the tech sector with an eye on smart city projects in the UK.