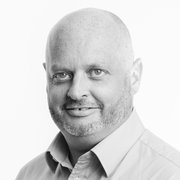 With the green agenda now top of mind for data center providers, what practical steps can they take to become more environmentally sound?

The data center is now widely viewed as the linchpin of the digital economy. Urban colocation facilities are powering the explosion of on-demand digital services, offering enterprises the network connectivity and easy access to services that they need to deliver a seamless digital experience.

It’s great that the strategic importance of the industry is at last being recognized, but there’s a pretty significant catch. The data center industry is a contributor towards climate change and the power-hungry industry is coming under increasing scrutiny with regard to its impact on the environment, and as a result, the EU Commission recently set a “green deadline”, noting that the industry "can and should become climate neutral by 2030.”

With the green agenda now top of mind for data center providers, what practical steps can they take to become more environmentally sound? And how can they do this while maintaining quality of service and delivering on customer needs?

Renewable energy has been touted as a solution to the environmental crisis for some time. However, not all renewables are as effective as each other. For example, burning bio mass is carbon neutral, but not as sustainable as using wind, solar and tidal power.

As long ago as 2006, fuel cells, solar and wind power were hot topics for providers, but in the end money ruled the day, and momentum stalled as the renewable energy platform was simply not cost-efficient. Today renewables are on the rise and it’s now much more affordable to harness power supplies from sources such as wind, solar and hydro, and the fixed pricing model associated with renewable energy actually helps organizations to better control costs. Late 2019 saw renewables surpass fossil fuels as the largest generation source of UK energy for the first time.

In the past, green power has also been difficult and complicated to procure, but that’s no longer the case. As large brands like Microsoft and Google found ways to make green energy work, they were able to publicise their successes and provide a “blueprint” for others. It’s in collaboration with organizations such as REBA, that the industry’s giants have continued to drive awareness for companies looking to get involved in renewable projects.

Renewable energy brokers have also played a significant role in both increasing awareness and reducing complexity when it comes to identifying the potential projects that need funding, as well as how to engage in the financial backing process. Many of these brokers have active deal pipelines that buyers can use to identify renewable energy projects that fit their vision, goals, and capacity needs.

One big way for data center providers to reduce their environmental impact is by tackling cooling. In a conventional data center, standard air conditioning can soak up 40 per cent of the energy bill and the use of cooling towers, which evaporate water to drive the cooling of air, causes another significant problem.

One solution is to simply locate data centers in cool climes and blow the outside air into them. However, it’s simply not possible to move all of the industry’s data centers to the Arctic Circle - so other, more pragmatic, solutions are becoming widely embraced, developing ways to keep equipment cool while, at the same time, minimizing the environmental impact. For example, a Frankfurt data center has reduced its water consumption through an on-site reverse osmosis water treatment plant, and by using harvested rainwater to feed the plants that cover the exterior walls and roof. Outside air is used for cooling more than 60 per cent of the time in this innovative design.

Google's Hamina, Finland data center makes use of seawater for cooling purposes. And Facebook adopted a cooling system at its Lulea, Sweden, data center that uses the chilly outside air to ensure its equipment is kept at the optimum temperature.

In the UK, Virtus continually looks at how to optimize its data centers. To keep them as efficient as possible, the company uses design elements to increase efficiency while lowering costs. including air flooded data halls and hot aisle containment.

But, it’s not good enough to just concentrate on an area like power or cooling, or developing a sustainable supply chain which favors suppliers with green credentials. Environmental ambitions must be built into every step of data center construction and maintenance. Buildings should be designed to BREEAM standards which verify performance against sustainability benchmarks. When a building is up and running there are plenty of everyday concerns to address too. For instance, UPS (uninterruptable power supply) systems can close down parts of the system when they’re not being used - saving on unnecessary power use.

The best providers also look at areas like how staff travel to work - optimizing the use of public transport, and encouraging the use of electric vehicles by installing car-park charging points. That’s why some experts talk about “shades of green” - suggesting that some strategies are greener than others, despite all claiming to be sustainable.

Due to the significant environmental impact of data centers, an increase in public awareness, higher cost of energy and legislative action, substantial pressure has been placed on data center operators to follow a green policy. From design - through sourcing of energy, raw materials and other inputs - to final products, until the end-of life stage, the creation of sustainable data centers has now become essential in an environmental and a business sense. It’s heartening to see so many providers innovate in finding solutions to meet these green commitments.