Rackspace has decided to remain independent and not to sell off the company in part or whole after an evaluation of its business.

In May of this year the San Antonio, Texas-based firm said it was “evaluating strategic alternatives” for the business just two years after going public for a second time. However, the company appears to have evaluated its options and decided to continue its current path, albeit with a restructuring. 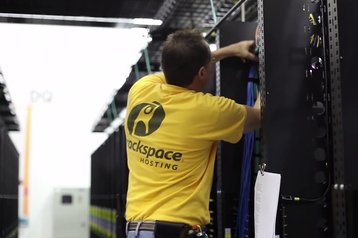 “We did evaluate several strategic options, including an inbound interest,” Casey Shilling, chief marketing officer at Rackspace, told the San Antonio Express-News. “We decided that continuing to execute our strategy in the hypergrowth multicloud market as a stand-alone company is our best path forward for value creation.”

Earlier this month Barron’s also reported the company was no longer for sale.

During the company’s Q1 earnings in May, CEO Kevin Jones said the company had received “inbound interest” for one of its businesses, and had concluded that the “sum of the parts valuation of Rackspace Technology could be greater than our current enterprise value.”

The restructuring will see the company double down on private, public, and multi-cloud services, though the details haven’t been shared yet.

“The company has abandoned the strategic options exploration in favor of restructuring themselves as a stand-alone entity,” Raymond James analyst Frank Louthan said in a note. “A large part of our upgrade thesis was the two paths to shareholder value, and with the quickest one (a sale of all or part of the business) now off the table, we are left to wait for a restructuring.”

Initially formed as a hosting company, for many years Rackspace billed itself as a cloud provider to rival the likes of AWS before pivoting to managed services, consulting, and private/multicloud offerings. After its founding in 1998, the company first went public on the New York Stock Exchange in 2008. It was taken private in 2016 after Apollo Global Management acquired the company for $4.3 billion. It went public again, this time on the Nasdaq, in 2020.

Last year the company announced plans to lay off around 10 percent of workforce – around 700 staff – as part of a restructuring plan, and would use the money saved to reinvest and expand its product offerings in “fast-growing” areas of the business.

Revenue for Q2 2022 was up slightly to $772 million; Income from operations was $4 million and the company posted a net loss of $41million. Rackspace has posted a net loss every quarter since it went public a second time.