Wholesale data center provider Prime Data Centers is building an 8MW data center at its Sacramento site for a customer described as a tech leader based in the San Francisco Bay area.

The new space at McLellan Park will be based on Prime's existing designs, but work with the tenant has enabled Prime to extend the original 6MW capacity to 8MW. 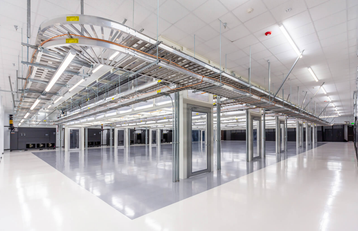 Sacramento, some 80 miles inland from San Francisco and Silicon Valley, is the state capital of California, and has several benefits, says Jeff Barber, EVP sales and marketing at Prime: “Power and land costs are a fraction of the San Francisco Bay Area, with robust connectivity and a highly-skilled workforce." It also doesn't have the earthquake and flood risk of coastal areas of California, but still has low latency to the Bay Area.

There are also signs that Santa Clara in Silicon Valley is becoming overloaded with data centers. The City Planning Commission this week delayed a decision to approve a CoreSite planning application.

Prime’s McClellan Park facility opened in early 2020, benefits from state sales tax incentives, and gets power from the Sacramento Municipal Utilities District (SMUD), which Prime says can be 30 percent cheaper than other markets - and is "one of the most reliable and sustainable utility providers in the nation".

Prime has plans to build five further facilities for clients at the 38-acre campus, with up to 50MW available from a dedicated substation, which can subsequently be expanded with another 100MW if needed.

For those who still prefer to be in Silicon Valley itself, Prime recently announced a 9MW Silicon Valley data center in Santa Clara. The company has a third location - a 20MW facility in Hayward, in northern California, and also has plans to expand globally, according to its announcement.