The facility will be online next year

Located at 1111 Comstock Street, the Prime project will begin within the next 60 days and be online in late 2021. 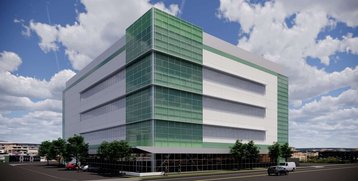 A rendering of the data center – Prime Data Centers

The 9MW data center will link to some of the major fiber routes in the area and Prime says it has access to new dark fiber connections to all the 'major' PoPs in Silicon Valley.

Due to being outside of the San Francisco metro area, the property benefits from up to 40 percent lower utility rates than other Bay Area providers.

“We are excited to develop this new facility in Santa Clara, one of the most sought-after data center locations in the world," said Nicholas Laag, CEO of Prime Data Centers. "Prime Data Centers is breaking ground at this location so that we can continue to offer the most strategic and advantageous wholesale data center leasing in California.”

Prime owns facilities across California, such as a Sacramento Campus in McClellan Park, and a fully-leased facility in Hayward. Prime's Sacramento 8MW facility opened back in January this year. The 70,000 sq ft (6,500 sq m) site on the McClellan Business Park is about 15 minutes from the city center and around 90 minutes from the Bay Area.