The company, which specializes in built-to-order data centers, may plan to redevelop the site. However, the buildings are currently in use by electronics manufacturer Foxconn and Internet Service Provider SVcolo. The public documents were first spotted by The Mercury News. 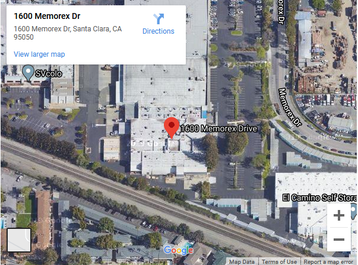 Already in the Valley

The three one-story industrial/office buildings at 1600 Memorex Dr., 1688 Richard and 1700 Richard Ave. were sold by an affiliate of DRA Advisors, a private equity firm based in New York, with the site valued at $53.7 million at the time of the transaction.

Since it was founded in 2009, EdgeConneX has built more than 40 data centers in 28 US locations - including sites in San Diego, Sacramento and a 19,800 square foot facility in Santa Clara, California, as well as in two South American cities (Buenos Aires in Argentina and Santiago in Chile) and has facilities in four European spots (Amsterdam, Netherlands; Dublin, Ireland; Munich, Germany; Warsaw, Poland).

Last year, it emerged that the company’s investors were eyeing a $2.5 billion sale of the company to Swedish investment firm EQT AB - which has been involved in several technology company acquisitions, including that of Australian cloud service provider Nexon Asia Pacific and fiber and of open-source OS SUSE Linux - but reports on the potential deal to buy EdgeConneX were never confirmed.