5G, the Edge and the service revolution

A lot of 5G predictions sound like hype. Here's the reality

In mainstream media during 2019, the term 5G has been increasingly seen and touted as the future for mobile communications and data processing. But infrastructure industry giants have been hard at work for quite some time getting ready to tackle the challenges that come with the vast amounts of possibilities that 5G will allow.

It is tempting to see 5G as an incremental step up from 4G/LTE, but 5G is exponentially better. It is capable of reaching speeds of up to 20Gbps and supporting up to a million devices per square kilometer (that’s a lot of IoT devices) while providing an alleged 1ms latency. 5G is ultimately the true foundation for the Internet of Things.

Since the emergence of IoT devices, network limitations have placed numerous boundaries in terms of real-life use cases, while fields like HPC applications have seen limitations on data handling requirements.

Bring on the Edge

A ridesharing app can only reach out to an AI prediction algorithm within a data center so many times per minute, and the same applies for other types of apps that rely on data processing in the cloud. This is true regardless of where the data is obtained from: Ultimately, network constraints will not allow for a fully seamless and instantaneous end user experience if the processing is centralized in the cloud.

The digital infrastructure industry has proposed a solution to this in the form of Edge computing - a way to make distributed systems more efficient by taking out parts from a centralized core and making them available closer to the data source or the Edge.

In simpler terms, this means storage, data services and computing power being redistributed accordingly based on their service or function. The ones that benefit from lower latency are moved closer to the Edge, while the rest remain at the core.

Edge computing can reduce latency by placing critical resources close to the end users and increases resiliency as it creates alternate data transmission routes. It does, however, fragment the system and that can pose a risk in terms of both physical and logical security, and because it relies on additional hardware it requires a significant upfront investment. In practice, the current capabilities of Edge computing are far from being able to support the innovative use cases envisioned in one form or another for several decades.

It all comes down to network latency and availability.

5G can go a long way in removing these constraints, because it effectively increases the capability of the network edge. The demand for data storage and processing power there will tremendously increase.

If 5G delivers on that promise of 1ms latency and one million devices per square kilometer, it will reshape a lot of industries, right down to their best practices and design standards.

For example, the majority of distributed system architects have been limited in their design choices by bandwidth and latency considerations. If 5G brings these barriers down then, instead of monitoring 30 sensors in real time, systems might manage 1,000, if this would bring a competitive or strategic advantage.

The same goes for mobile apps. Instead of querying a cloud endpoint every minute, why not every second? As these design choices evolve, it will have a massive impact on the digital infrastructure supporting these systems, and businesses will need to embrace HPC technologies and design strategies. Essentially, 5G will rely heavily on high-performance computing elsewhere.

Current mobile networks are capable to a certain extent of providing services for technologies like autonomous cars, drones and weather forecasting, but these applications will be truly unlocked by the use of 5G.

What gives 5G network their tremendous speeds and bandwidth is their technology. They operate on what is known as millimeter waves - radio signals with a frequency between 30GHz and 300GHz (4G operates between 1GHz and 5GHz). These have less range than shorter wavelengths, so the area previously covered by one 4G transmission tower must now be covered by a multitude of smaller, inexpensive 5G antennas fixed to buildings and streetlights.

Telco Edge data centers are the first to see this change and keeping up will be tricky. Just revisiting the field of autonomous cars - with their numbers on the rise, telemetry data will be gathered by multiple 5G antennas on a continuous basis. To analyze this in real time, and keep all the cars in lane and on the road, will require high-performance computing through storage and AI predictive services.

This raises considerations about deploying the proper HPC equipment in an efficient and sustainable manner. With 4G, devices connect on a one to one basis: the cellphone connects to the telecoms tower; the tower connects to another tower and so on. 5G will allow devices to connect to multiple antennas and this presents the possibility of the utopian scenario of 100 percent reliability. However, operators will need to embrace HPC technologies like distributed file systems, in-memory data grids etc. and implement proper design methodologies as traffic scales exponentially to millions of writes per second.

The possibilities and requirements of 5G will reshape how data centers are built and operated and current service providers will need an overhaul on their infrastructure in order to keep up. The backend services supporting 5G will need to be much more scalable than the previous 4G equipment, however these services will most likely be born out of already existing cloud native tools and technologies which are the center point of building scalable cloud services. 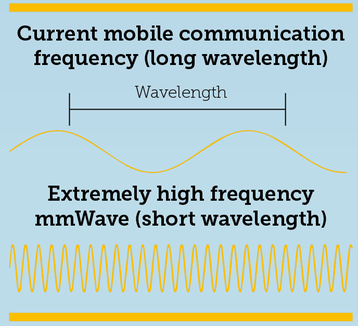 Furthermore, storage and computing power will shift towards the Edge, as close to the end users as possible. As mentioned before, these will need to be designed and deployed through an HPC methodology.

With data increasing vastly, the need for data analytics and management will also increase. This will happen again through HPC technologies like object stores, distributed databases and file systems. Operators will require these tools and technologies in order to streamline the deployment, management and scalability of larger data volumes. As the data moves from the secure core cloud data center to the network Edge, new security issues arise. The more fragmented a system is, the harder it becomes to provide proper security. This need is further underlined by the critical nature of the applications which are likely to use 5G services, such as connected traffic control systems, autonomous cars, drones and the like.

The arrival of 5G has propelled a diversification exercise throughout the data center industry, and the landscape is changing. Businesses like Vapor IO and EdgeConneX are attempting to create a new ecosystem of Edge modular data centers and have predicted tremendous growth for this sector due to 5G. Meanwhile, already established players within the data center sector could need to shift their focus towards deploying micro data centers, while making additional investments in already existing data centers and colocation facilities to keep up with the upcoming demand.

This should not be seen as blocker in the expansion of these businesses but rather a necessary step in fully releasing the potential of mobile technology and communications.

Ultimately, 5G is evolving to become what is known as a general-purpose technology (GPT) - a type of technology that has the ability to drive fundamental change across the entire global economy. Previous examples of GPTs have been the printing press, the automobile and the steam engine.

As data center owners and operators come to grips with the needs and challenges of 5G and adjust their infrastructure and facilities accordingly, 5G end user numbers will soar, making it the latest and most impactful GPT to date.

With the number of IoT devices connected to the Internet expected to reach the order of billions in the near future, it is through 5G that all of these devices will be able to interconnect and exchange data, more quickly and more reliably than before.

It does, however, require data center owners to first find huge investments while managing stakeholders’ expectations on short term ROI. Deployment of these methodologies will need precise and careful planning and implementation.

The industry as a whole is not there yet, still a lot needs to be done in order for 5G to become the network and service revolution it aspires to be, but it seems, at least for now, it is on the right path.

The future is around the corner!