Orange is to build a new $135 million data center in Egypt’s New Administrative Capital, which has yet to be given a name.

Orange is responsible for the new capital’s services management center for five years, and the company aims to start the trial operation of the center early next year. 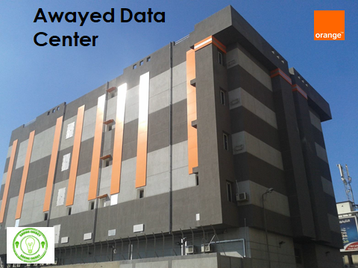 The new capital city lies just east of Cairo, about 35km (21 miles) into the desert between the regional ring road, the Cairo-Suez road, and Cairo-El Ain El Sokhna road. It has been under construction since 2015, and the country has not yet judge entries to a competition to name the new city.

The Administrative Capital for Urban Development (ACUD) is a state-backed company contracting the telco's regional subsidiary. DCD reported on the signing of the contract between Orange and ACUD in January 2020.

The company is also reportedly due to open the first phase of its data center in the Al-Awayd area of Alexandria soon. The new facility was first announced in March 2020 and is being developed in partnership with Huawei. Orange currently operates a data center in Cairo.

Orange has been an on expansion spree across 2021; in Spain the company has opened a facility in Santander and is reportedly aiming to develop five more, it has also opened a new data center in Poland, and acquired a facility in Morocco.