Company opens phase one of first Mexican facility; but will CyrusOne acquire Patria’s stake in firm?

First reported by BNAmericas, Odata has launched the first 8.4MW phase of its QR01 facility in El Marqués, Querétaro state. 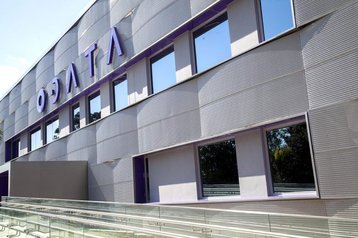 Caram said the company will begin construction of a second 30MW data center in the Querétaro park in the future, and is also targeting Peru as its next market, though he didn’t disclose timelines.

As well as QR01, Odata operates or is developing three data centers in the Sao Paulo area of Brazil; one in Bogota, Colombia; and one in Santiago, Chile. At full build-out, the company will operate more than 150,000 sqm (1.6 million sq ft) of data center space and almost 100MW of capacity.

Queretaro is a major data center hub in Mexico. In addition to Odata, the likes of Equinix, Kio Networks, and Banamex have data centers there, with Microsoft, AWS, and Oracle all looking at developing facilities in the state as well.

Odata was founded by Patria Investments in 2015, with CyrusOne also owning a stake in the firm. Patria is reportedly considering a sale of its majority stake in the data center copmany, valued at around $1 billion.

Citing an unnamed source, BNAmericas reports CyrusOne acquiring the majority stake is the most likely scenario of a sale.

CyrusOne itself was acquired by KKR & Global Infrastructure Partners in a $15 billion deal last year which closed in March 2022. It is currently the largest M&A deal in data center industry history.