Fields worked at IBM for 30 years, most recently as the chief engineer of IBM Power Systems, but stepped down in April. 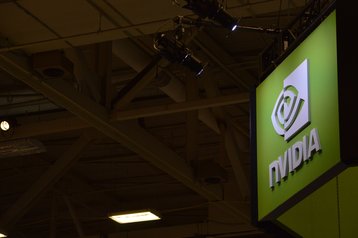 "Whoever had 245 days in the 'how long will Steve stay retired' pool was the winner," Fields said in a LinkedIn post first spotted by CRN.

"I loved every minute of my eight-month retirement in spite of Covid, spending lots of extra time with my wife and my dog and some amazing nature. In the end I wanted to create some new work memories, make some new friends, and work with some new technologies, so last week I started a new job with Nvidia. Lots to learn but looking forward to having a new kind of fun."

Fields left IBM a month after the company announced sweeping job cuts, blaming Covid-19. Among the divisions thought to be impacted the hardest was the company's chip line, IBM Power. Power [CPUs] got hit hard," an anonymous staffer said at the time. "I think that architecture is effectively dead for all but legacy support." Last month, it was revealed that IBM planned to sack 8,000-10,000 staff in Europe.

Nvidia, meanwhile, has seen its share price soar during the pandemic as sales for gaming hardware and data center GPUs have boomed. In April, its $6.9bn acquisition of Mellanox closed, while this September saw the company announce its intention to acquire Arm for $40bn.

"The emergence of AI and data science, as well as billions of simultaneous computer users, is fueling skyrocketing demand on the world’s data centers," Nvidia founder and CEO Jensen Huang said last year.