Details still to emerge, but expect a London headquarters

NTT is rebranding regional data center and services subsidiaries including RagingWire in the US, e-Shelter in Europe and NetMagic in Southeast Asia, into a single NTT-branded entity.

The companies, which have operated under their own brand since their acquisition in recent years, will become a single entity headquartered in London, according to sources. The rebranding of RagingWire, e-shelter and NetMagic was reported in Data Center Frontier.

All in this together 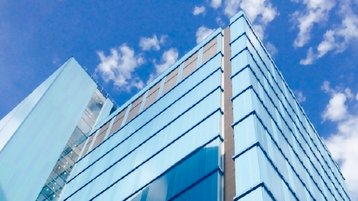 NTT Communications, a subsidiary of the Japanese telco NTT, has built its data center holdings steadily, acquiring India-based NetMagic and UK-based Gyron in 2012 and Europe's e-shelter in 2015. It bought 80 percent of RagingWire in 2014, completing the purchase in 2018. It also has data center businesses in Malaysia and elsewhere. The subsidiaries now have around 145 data centers, and $11 billion in revenue.

In 2015, NTT Com CEO Tetsuya Shoji told DCD that the company had big plans for the sector: “In this market, we have been looking for land and real estate for several years - it is a good environment for us," he said. "But because it was difficult to find, we have made the judgment that it is quicker to buy a company that already has a data center facility."

In 2018, NTT set up Global Data Centers Preparatory Corporation, and the company already has a website detailing all its European holdings, but without the e-shelter or Gyron brands. brands such as e-shelter.

In a 2018 interview, RagingWire CEO Doug Adams explained to DCD that NTT already operated a lot of common marketing between its subsidiaries, and arranged regular meetings for their CEOs. The services all use the NexCenter brand, and offer a measure of standardization which Adams said could actually be higher than that offered by a real estate investment trust (REIT), which can be constrained to offer regional variations in their services.

“We don’t use the same gensets, but we offer the same SLAs. We have a common set of APIs,” he said. “NTT is a large non-REIT option, not constrained to the issues REITs have to deal with.”