A new data center company is planning a 96MW development in Perth, Australia.

Design and planning firm Urbis Pty Ltd is applying to build an AU$600 million (US$379m) data center campus in the Belmont area of the city at 37 Abernethy Road. 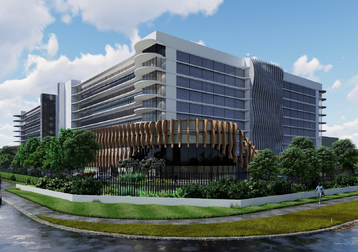 The client in the application is listed as GreenSquareDC, which describes itself as an ‘emerging sustainability-oriented data center provider’. The company’s website is merely a placeholder saying it has developed an ‘innovative green data center design’.

The land is owned by Bulong Pty Ltd and is currently a large parking lot adjacent to various warehouses and industrial buildings. Some of these buildings would be demolished as part of the new development.

As part of the application, the companies said they plan to submit a Public Art Strategy detailing public art on the development site and/or public land to a minimum value of AU$5 million (US3.2m). While local rules normally have a figure of 1 percent of the total development’s $600 million value, the application notes that “significant public art outcomes” can be achieved with this figure.

Urbis filed an application with Southern Perth’s Government earlier this year, which is due to be discussed in an upcoming council meeting on October 17. PerthNow reports the application was advertised for a period of 14 days in August in accordance with local consultation requirements.

Though Western Australia is not traditionally a major data center market compared to the likes of Sydney and Melbourne, the likes of Equinix, DC Two, and NextDC all operate at least one facility in Perth. Stack is also planning a facility in the city after acquiring Australian real estate developer Hickory’s data center projects. The Pawsey Supercomputing Centre is also located in Perth.