Microsoft has announced a data center region for its Azure cloud services in Denmark. The announcement follows the establishment of two regions in Norway, and comes after the company started work on a data center in Sweden.

The new region will be powered by Denmark's plentiful renewable energy, and will be accompanied by a Microsoft campaign to help get Demark's public sector online, and an investment to train 200,000 Danes in digital skills by 2024.

Microsoft claims that the new site could reduce the carbon footprint of computing in Denmark, because Microsoft Cloud "can be up to 93 percent more energy efficient than traditional enterprise data centers." It also uses 100 percent renewable energy - but that's not a distinguishing factor in Denmark, where 80 percent of electricity is from renewable sources. 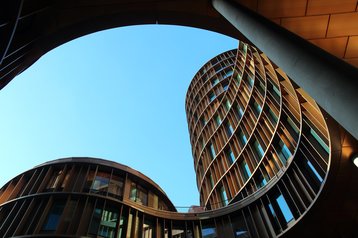 Sweden has tended to get more attention from big cloud companies than its Scandinavian neighbors, with Denmark sometimes lagging. Sweden has Facebook's European flagship at Luleå, along with other developments around Stockholm, while Norway has plenty of hyperscale facilities, including the two existing Microsoft facilities.

Denmark has had more success recently with Facebook opening a data center in Odense in 2019 (though it canceled plans for a second facility in Esbjerg).

In November 2020, Google opened a Danish data center in Fredericia which it had began work on in 2018. That facility cost DKK 4.5 billion (around US$733 million). It created 150 jobs and has been teamed with investment in 160MW of power from Danish solar parks.

Data center building is apparently immune to the economic woes caused by the Covid-19 pandemic, and is therefore part of many governments' reconstruction plans - and Denmark is no exception, according to Nicolai Wammen, Danish Minister of Finance: “The Government’s ambition is for Denmark to emerge from Covid-19 even greener, stronger and more socially just.

"We have initiated a green recovery of the Danish economy and launched a new strategy for green public procurement, contributing towards our ambitious climate targets. Today, data centers and IT solutions represent a considerable part of carbon emissions from public procurement in Denmark, so we see a big potential to reduce our climate footprint."

"This investment reflects our deep appreciation of Denmark’s green and digital leadership globally and our commitment to its future.”

"We welcome Microsoft’s investments in Denmark, which reflects what we have on offer here in Denmark in terms of supporting and running some of the worlds most sustainable data centers” said Henrik Hansen, CEO of the Danish Data Center Industry.Association.

The Google facility which opened last month was welcomed as “one of the most sustainable data centers in the world,” by Hansen: . “The high ambitions can be fulfilled in this country, where we have both large amounts of green energy and the world's best opportunities to utilize the surplus heat in the district heating network. It is a very strong package and a very strong argument for Denmark to attract even more investments. Data centers use a lot of electricity, but in this country we can make them climate-neutral.

"At the same time, they ensure a very large contribution to the huge investments in the electricity grid that are necessary for electrification of the whole society when we have to switch from fossil energy.”

The Danish Datacenter Industry Association is planning a joint test center which will find the best solutions to use surplus heat.