Facebook has shelved plans for a second hyperscale data center in Denmark.

Despite reportedly spending several million Danish Kroner on an archaeological investigation into the planned site in Esbjerg, Facebook has decided not to go ahead with the project. 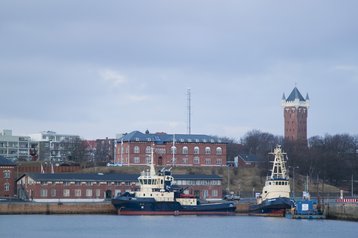 The advertising and social media giant revealed its decision to news agency Ritzau, saying: “We have decided to shelve our project regarding a data center in Esbjerg. After 12 months of extensive research on the project, including significant investments in the specific ground, we have now reached a point where we can make a fully informed decision.”

“Despite the many obvious benefits, including the advantageous access to high-speed fiber and renewable energy, as well as strong support from Esbjerg Municipality, we had to conclude that all in all the site is not the right location for our next data center in Europe.”

Esbjerg is a small town on the west coast of Denmark, with a population of just over 71,000. It made the news in June, when it emerged that an unnamed company (Facebook) was eyeing the region as the location for a massive data center campus.

Esbjerg's lord mayor Jesper Frost Rasmussen said the municipality is already speaking to other, smaller data centers that could be interested in operating in the area.

The Mayor said: “The area is prepared for a hyperscale data center. The biggest players would have an opportunity here. Companies like Apple, Google and Amazon. But there are also smaller, co-location data centers.”

Facebook has been in hot water in Denmark recently over its upcoming data center in the city of Odense, which is expected to open in 2020. The construction site has been plagued with allegations of tax evasion and unfair labor practices.

As Facebook is still trying to clean up its act after a data protection scandal last year, it has been speculated that this decision may have been prompted by privacy regulations. In May last year Denmark adopted data protection rules in accordance with GDPR, but these are the same in all European states.

Updated: An earlier draft of this article implied that Denmark could impose higher fines for breaches of GDPR than other European countries, which is not true. In fact the maximum penalty (€20 million or 4 percent of global annual turnover) is the same in all European countries.