Facebook has implied that it will not be building data centers in China.

Mark Zuckerberg wrote in a public post that the social network will not be building facilities in “countries that have a track record of violating human rights like privacy or freedom of expression.” 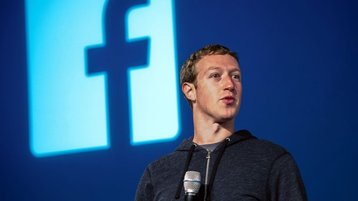 We used to be friends

Zuckerberg seems to be suggesting that China's current political climate will not cut the mustard with Facebook's new privacy-focused direction.

Supporting this claim, a senior source at Facebook told Buzzfeed News that the company does not see any path forward in China.

Speaking anonymously, the source said that said that while the company would like to enable more cross-border communication, it doesn’t see any way to run services in China or place critical operations infrastructure there.

The move comes as Facebook has outlined a plan to transform the social network into a “privacy-focused platform.”.

Though this shift of direction might offset some of the damage done to the brand due to its role in the Cambridge Analytica scandal, not moving into the Chinese market will certainly sting the tech giant. The company has around 2.7 billion users across Facebook, Instagram, Messenger and Whatsapp, and will soon reach a point of saturation in most of the markets it currently operates in.

The Chinese market represents a potential 1.4 billion new users, which Facebook would need if it wants to continue to grow.

The company has been trying to gain a foothold in China for a while. In 2016, The New York Times reported that Facebook was working on a censorship tool that could suppress posts on certain topics, a prospect that would simplify bringing the social media platform to countries that don’t favor freedom of expression.