Laying the ground work for when hyperscalers move in

M-Vault 4 will be located on the Qatar Science and Technology Park (QSTP), part of Qatar Foundation Research Development and Innovation.

Construction has already begun on the data center and is expected to be completed in mid-2021. 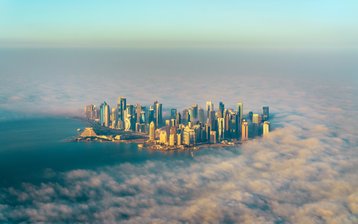 According to a report by The Peninsula, Meeza says the project is coinciding with the arrival of global hyperscalers like Microsoft and Google.

Acting CEO of Meeza Ahmad Abdulla Al-Muslemani said: “We are excited to announce the establishment of our fourth data center in Qatar, and it could not have come at a better time.

“The new data center will be ready for use by the time we welcome some of the leading world experts in the industry and opens new doors for exchange of information, ideas, and technological advancement.

“We are honored to pave the way to Qatar’s digital transformation by establishing the best technologies and providing a service of excellence to our clients.”

M-Vault 4 is a result of Qatar’s digital transformation agenda as it shifts to a “smarter” economy, in line with the Qatar National Vision 2030 (QNV 2030).

QNV 2030 is a development plan launched in October 2008 aiming to "transform Qatar into an advanced society capable of achieving sustainable development" by 2030.

In January, the Qatari government gave Microsoft permission to build a public cloud data center in the country, with the news soon followed by a Google Cloud announcement for Doha.

Qatar's neighbors are also pushing to digitize their economies.

In the United Arab Emirates (UAE), Oracle opened a data center in Abu Dhabi, its first in the Middle East. AWS, Alibaba, SAP, and Microsoft have also started to invest and open data centers in the UAE.

In October, regional data center provider Khazna announced it had partnered with government officials to establish a colocation facility in the city of Sharjah just north of Dubai.

In other news, Abu Dhabi, the UAE’s capital, launched 'Hub 71' an investment project which offers $272m to start-ups.